Célestine Galli-Marié - The death of Bizet

Célestine Galli-Marié, creator of the role of Carmen in Bizet's opera, had an impression of this musician's death.  'She had made herself' says the Eclair of September 24th 1875, 'the very incarnation of that incomparable score'.  And the newspaper added 'Between her and the composer there had grown up a spiritual communion, in some respects psychic'. 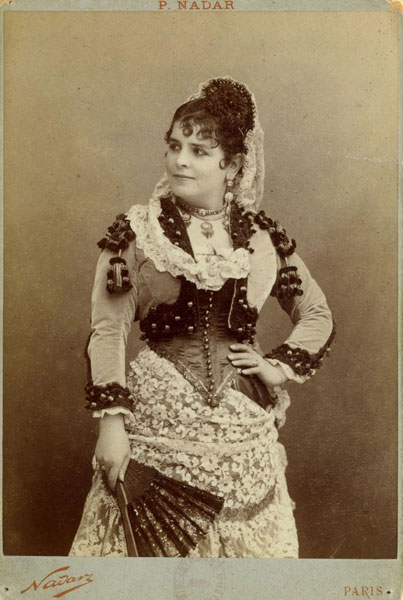 Death and its Mystery, At the Moment of Death; Manifestations and Apparitions of the Dying – Camille Flammarion

Madame Galli-Marié was on the stage a certain evening in June.  Abruptly she stopped singing.  She had felt a shooting pain in her side, like a hammer striking her heart.  She began again and finished the act; but when she had gone back to her dressing room she said, to those about her;

‘A misfortune has happened to our Bizet.  When I felt that blow, I saw his face rise up before me, for the duration of a lightning flash.  Oh God!  Oh God! How pale he was'.

They hastened to make enquiries.  Bizet had just died.