I have heard a number of commentators, bemoan the fact that there seem to be so many people who really don’t contribute much at all to the ‘progress’ of society.  There is of course considerable arrogance in taking this view – as if only certain sorts of activity were valuable and thus certain sorts of people.  Everyone is capable of contributing according to their capabilities and as such just because someone cannot write books, or paint or invent new forms of technology does not mean they are any less valuable as people. 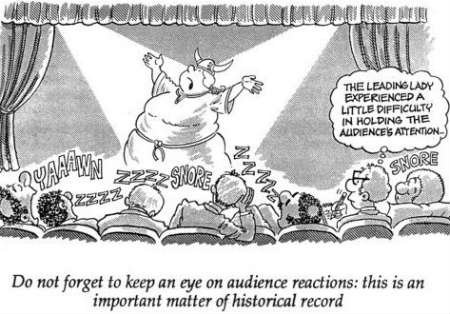 Everyone has the capacity to contribute something, often the seemingly small is the greatest contribution – the lubricant that oils the joints.

But it has to be recognised that there are two quite distinct roles that people do take in co-creation, both of which are exceptionally important. William Blake categorised them  by calling the types the Prolifics or the Devourers.  Prolifics co-create, Devourers basically use what has been created.  We are not one or the other, we take on different roles with respect to different sorts of creations.

The Devourers use the work of the Prolific and effectively destruction test it.  They may not be very discriminatory, they may cause the prolific person considerable frustration and heartache, their judgement may not always be sound [and who is to judge this anyway?], but they are a necessary part of the process, as they are the first stage of testing a new creation.  They are also the spur to creativity, they give the Prolific person a ‘customer’ a reason for co-creating.

The rule is thus not – ‘is it a good idea?’ or in the Prolific person’s opinion ‘is it a brilliant creation?’, but is it accepted by the Devourers.

The Giants who formed this world into its sensual existence and now seem to live in it in chains, are in truth, the causes of its life and the sources of all activity, but the chains are the cunning of weak and tame minds, which  have power to resist energy, according to the proverb, the weak in courage is strong in cunning.

Thus one portion of being is the Prolific, the other, the Devouring; to the devourer it seems as if the producer was in his chains, but it is not so, he only takes portions of existence and fancies that the whole

But the prolific would cease to be prolific unless the Devourer as a sea received the excess of his delights.

Some will say, ‘Is not God alone the prolific?’ I answer, God only Acts and Is, in existing beings and men

These two classes of men are always upon earth and they should be enemies; whoever tries to reconcile them seeks to destroy existence

It is worth noting that Blake had a very poor opinion of the public at large [and most of his critics, his benefactors and his friends] as such the language above is perhaps more vitriolic than was needed, I’m not sure I would have said people who don’t co-create have ‘weak and tame minds’ however, the idea he expresses is sound.

Thus every film maker or artist or poet or architect or writer or inventor who does not have his work accepted by the general public, or who has difficulty getting funding for his idea, or has difficulty finding anyone who wants to see or buy his work, needs to realise that he may think his work is brilliant, a small number of his contemporaries may agree with him [for reasons that may be entirely selfish], even the critics may praise it, but the test is whether the public at large accept it.  And this, from the creation point of view, is all that matters.