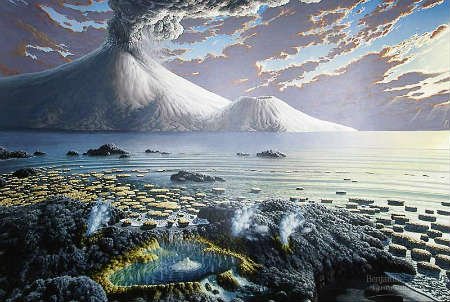 A major function change is one in which significant new functionality is introduced. I don't want to make this definition too precise.  What constitutes a major or minor change is always going to be open to interpretation, because it will depend on how many functions are being introduced and it is irrelevant to the overall argument what the precise number is.  It is helpful, however, to consider major and minor change separately.

I suspect mine may be the first.

We should not assume that major functional change has only taken place in the current era of life.  Nor should we assume that it only happens to things that are ‘big’.

If we take just bacteria and microbes as an example, they perform a huge number of functions, so their creation was an act of major function invention.  They are both functionally rich and also extremely useful as agents of change and stabilisers of the planet.  From a strategic point of view one could argue that they are more functionally useful than us.  For example they:

We will also see that they are exceptionally important as agents of change in extinction and creation events.  As such even if we vanish from the face of the earth it is highly likely viruses, bacteria, microbes and other small organisms will still be around.