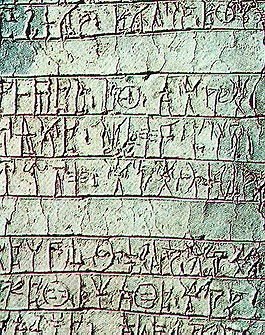 Linear B is a script that was used for writing Mycenaean Greek, an early form of Greek. It predated the Greek alphabet by several centuries (ca. 13th but perhaps as early as late 15th century BC) and seems to have died out with the fall of Mycenaean civilization. Most of the tablets inscribed in Linear B were found in Knossos, Cydonia, Pylos, Thebes and Mycenae. The succeeding period, known as the Greek Dark Ages, provides no evidence of the use of writing.

The script appears to be related to Linear A, an undeciphered earlier script used for writing the Minoan language, and the later Cypriot syllabary, which recorded Greek. Linear B consists of around 87 syllabic signs and a large repertory of semantographic signs. These ideograms or "signifying" signs stand for objects or commodities, but do not have phonetic value and are never used as word signs in writing a sentence.

In all the thousands of tablets, a relatively small number of different "hands" have been detected: 45 in Pylos (west coast of the Peloponnese, in southern Greece) and 66 in Knossos (Crete).

Academics have decided that this probably points to its use being confined to "some sort of guild of professional scribes who served the central palaces". Once the palaces were destroyed, the script disappeared. 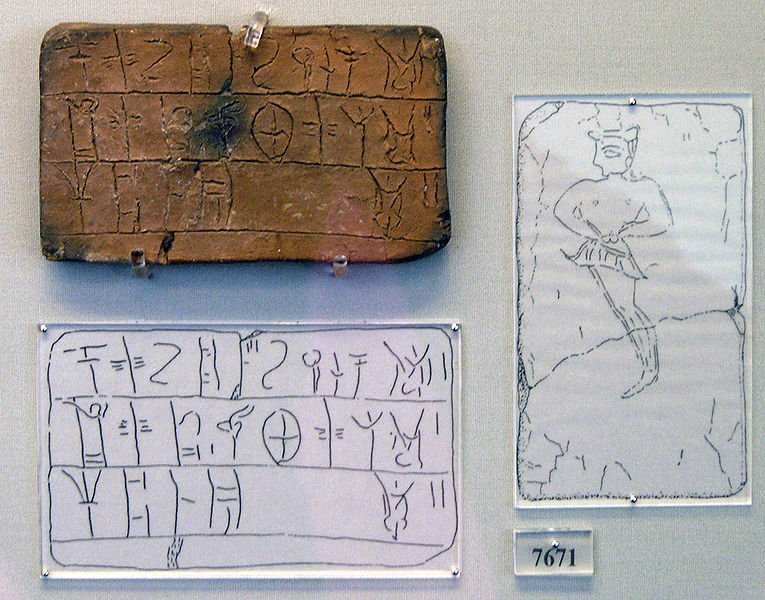 But given the places it has been found and its similarity to runes, it may be that the Linear B and A scripts were yet another aspect of the Word notation system also the Word and songlines.

The Linear B and A scripts were the means by which ‘spells’ were encoded.  It is one of the many notation systems used to record the Word.

There is more likelihood that the Linear A script is the principle notation system whereas the Linear B is a derivative from it, used to record language.

Many of the Linear B signs are identical or similar to Linear A signs; however, Linear A, which encoded the unknown Minoan language, remains undeciphered and academics "cannot be sure that similar signs had similar values".

On the whole the academic community believe that many of the tabkets found were used to record stores and movement of items, but there is an intriguing use of symbolic objects in the scripts -  "The major cities and palaces used Linear B for records of disbursements of goods. Wool, sheep, and grain were some common items, often given to groups of religious people and also to groups of "men watching the coastline."

Arthur Evans, the archaeologist,  summarized the differences between the two scripts - Linear A and Linear B -  as "type" or "form of script;' that is, varieties in the formation and arrangement of the characters. For example, he said "the clay documents belonging to Class A show a certain approximation in their forms to those presenting the hieroglyphic inscriptions ... the system of numerals is also in some respects intermediate between that of the hieroglyphic documents and that of the linear Class B".