Communication is something common to numerous creatures, they just use different physical methods to us.  My little dog makes all sorts of noises to communicate with us, he doesn’t just bark.  We have vocal cords capable of quite complex noises, so we use them to talk, our dog doesn’t, but he tries nonetheless using sound and body language.

Writing and language are separate learned activities, but being able to communicate is a function with which we are born, we just have to find out how to use it. 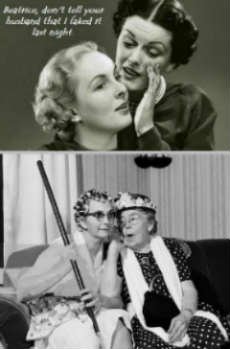 In order to communicate we have to take our objectives, the Memory extract -  memories  - on which the communication is to take place or the Perception, as well as any Emotions that also need to be conveyed and turn it into an appropriate ‘communication’.  If we want to use language, there is a further stage that involves taking the communication and turning it using the rules of language into words.

Language – that is, words and sentences – is thus a translation of something else, a conversion from non-linguistic images which stand for entities, events, relationships and inferences.

It sounds so simple, but the reality, as we know is hugely complex.  According to the way we communicate we can give any number of different impressions.

This becomes even more complex when a person tries to relate spiritual input - the results of a spiritual experience.

That there is a system of communication separate from the learnt function of language, can be  demonstrated when one sees what happens to patients with global aphasia.    Patients with this illness are unable to comprehend language whether auditory or visual.  In other words, they understand no speech when spoken to and they cannot read a single word or letter; they cannot even repeat a word or sound if you ask them to.  But, whilst it is out of the question to maintain normal conversation with a global aphasic, it is possible to communicate