Please note that the definition in Wikipedia appears to be entirely incorrect. 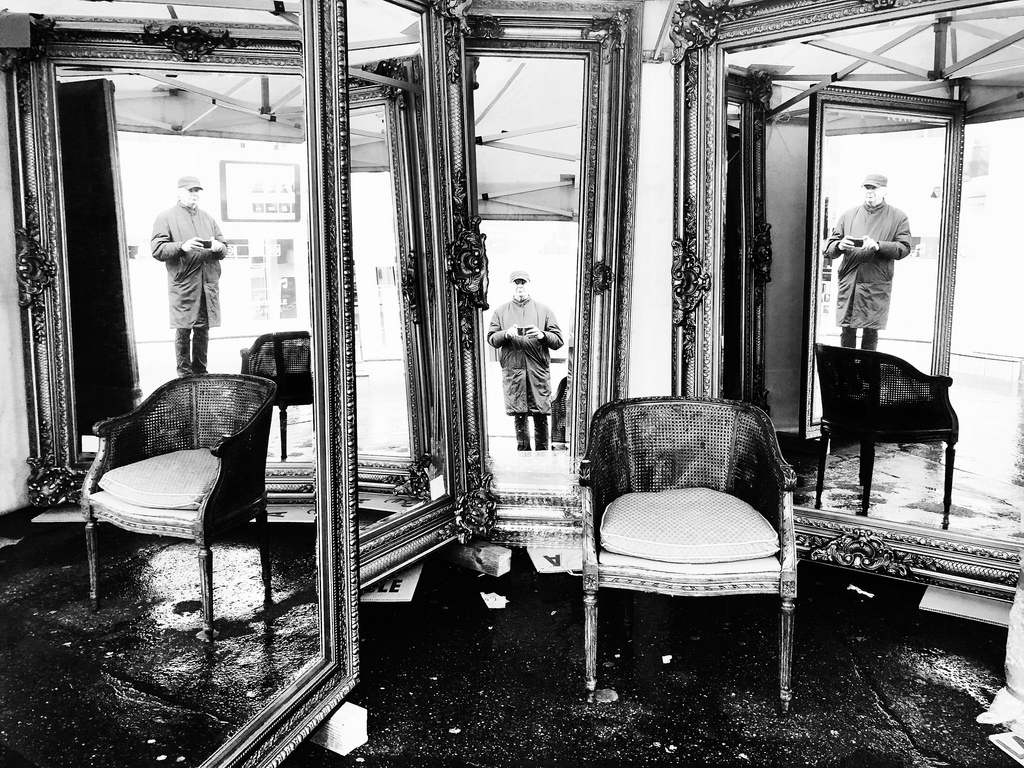 Autoscopy comes from the ancient Greek αὐτός ("self") and σκοπός ("watcher").  It is similar in definition to the term Doppelganger.

In effect, the image is a version of a person that the person – IN BODY – perceives.  Thus an autoscopic experience is NOT the same as an out-of-body experience.

The person’s consciousness has NOT left their body and they are NOT seeing their actual body from another vantage point.

Autoscopy describes the situation where a person sees their double – and it is a realistic double -  almost as if they are viewing themselves in a mirror [except that the image is not reversed].  In some senses it is a special form of hallucination – the projection or interleaving of an image of oneself on the perceived landscape.

In some cases it is simply a straightforward hallucination whereby an image retrieved from their own perceptions of themselves is super-imposed over the image from their eyes.  A visual double negative.

But there are other circumstances where it appears that the template of the person – their so-called etheric double separates from the body and the person can indeed view it, although consciousness RESIDES WITH THE VIEWER AND NOT THE DOUBLE.

Although it may seem foolhardy, …… to establish "criteria" of proof to separate presumed true phenomena from hallucinatory ones, it is not possible not to do so, in any event, whenever one wishes to undertake work to excavate raw materials, and thus mark the first step towards an organic classification of facts, which amounts to a progressive understanding of the same facts.
…. I would point out that a first criterion to be used for this purpose ….. would consist in the fact that the subject is at the same time conscious of being subjected to a decrease in his vital forces, either in the form of a sudden sensation of languor and cold, or by the invasion of an irresistible somnolence, or by the feeling of a kind of inner emptiness very often located in the brain, and so on, all sensations which would confirm in a certain sense the existence of something vital actually left the body.

This form of experience can be a precursor to an out-of-body experience.  First the person is for example laying down on a bed, then they view an image of themselves floating above them – but they see this image from the vantage point of the bed and their physical body.  The final stage is transfer of consciousness to the floating image above them, at which point the person is out of body because they see their body from above – from the vantage point of the so-called etheric double. 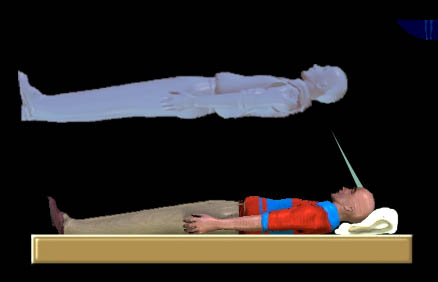 The problem with this term is that we usually have no idea who has seen the image.

The more general term of doppelganger is more honest in this regard, as the double of the living person, may not only have been seen by the person themselves, but by someone else as well.  Unless there is some sort of communication between people these experiences will not be known.  Without actively seeking out this information, the full story won't be known.

There are no observations for this term for this reason - we have placed all such observations under the more general term of doppelganger.

The likelihood that the experience was a precursor to an OBE, is increased if the person also starts to lose all feeling:

……in the moment when the subject sees his own "double", he is in partial or total anaesthesia and analgesia conditions, which in this case is a circumstance, would imply the probable existence of the corresponding phenomenon of "externalization of sensitivity" and thus the possibility of the real formation of an "odic ghost" in which sensitivity would be concentrated, a possibility that is no longer allowed to be neglected after the famous experiments of Colonel de Rochas, Doctor Luys, known as Dr Joire and Dr Durville.