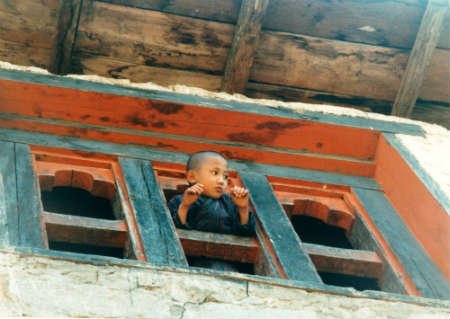 The following method comes from Alexandra David-Neel  - With Mystics and Magicians in Tibet.

“It is necessary to go through all the practices devised to produce the trance of "one-pointedness," the concentration of thought on one single object and complete oblivion of all other things.

The complementary practice which consists in " emptying" -the mind from  all cogitations, establishing in it complete silence and blankness, must also be mastered.

Then comes the analysis and discrimination of the various influences which cause sudden, apparently inexplicable, psychic or even physical sensations or moods of the mind, such as abrupt feelings of joy, of melancholy, of fear, and also sudden memories of persons, things or events - apparently unconnected with anything going on around one.

When the pupil has exercised alone for a time, he may sit in meditation with his master in a silent and darkened room, the thoughts of both being concentrated on the same object. At the end of a given period, the student tells his teacher the phases of his meditation and these are compared with those of the master; concordances and discrepancies are noted.

Now, stopping, as far as he can, the activity of his mind, emptying it of all ideas, reflections and mental representations, the novice watches the thoughts which arise involuntarily and unexpectedly in him without being apparently linked with any of his present preoccupations or feelings. He notes the subjective images which appear.

And, again, at the end of the meditation, thoughts and images are made known to the lama teacher who sees whether or not they correspond to those he mentally suggested to his disciple.

Then, the master sends mental orders to his disciple, while the latter is at a short distance from him. If these are duly received and the student answers by acting accordingly, the exercise continues, the distance between master and  disciple being gradually increased.

…..Years are devoted to these practices.   It is impossible to guess how many of the students who pursue this study really obtain results from it”.