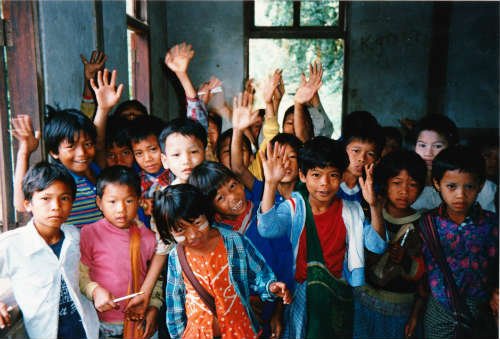 They do not plan, by looking at the likely events in the future and working out how to deal with them; this is good practise because it ensures we are prepared for something and have a course of action in place to deal with it.  This gives us peace of mind.

No, the worrier thinks of every likely scenario and whittles over it.  And there is no plan to deal with it, it is just fear and inactivity combined.

Women are worse at this than men, but men are not immune to it.  The cool rational calm men who only plan and never anticipate something that might in a blue moon happen, find these people intolerable, more annoying than a slap in the face with a wet fish.

What if my partner doesn’t love me, what if he leaves me for another woman?  And of course he does, because he can’t stand it anymore.

What we are doing when we anticipate in this way is we imagine and invent Threats. Which if you put it this way should sound completely barmy.  Hence our aim with this technique is to suppress the threat.

Thus these thoughts are invented threats that have somehow or other been conceived by our overwrought mind.

A whittler is never able to have any form of spiritual experience [except perhaps by the sheer overload of terror they have provoked in themselves] because they are never at peace.  Their mind churns round and round and round on these hypothetical problems.

So this technique is geared to helping those in this category and it might help those who aren’t, but just occasionally find themselves saying, ‘I wonder what would happen if…….’

In most religions this technique is classified as ‘Hope’, but again ‘hope’ is a bit meaningless these days, the word no longer conveys its original meaning – the sense of peace that can result from simply taking things as they come, with a bit of forward planning for the future known events.

So, how to stop anticipating the improbable?.

There is a sort of danger in the last step.  If we really get good at this bit we live in a sort of cloud cuckoo land of unreality.  But even this is better than the despair brought on by pointless anticipation of things that will probably never happen.

Henri Bergson – Time and Free Will

What makes hope such an intense pleasure is the fact that the future which we dispose of to our liking, appears to us at the same time under a multitude of forms, equally attractive and equally possible.

Even if the most coveted of these becomes realised, it will be necessary to give up the others, and we shall have lost a great deal.

The idea of the future, pregnant with an infinity of possibilities is thus more fruitful than the future itself; and this is why we find more charm in hope than in possession, in dreams than in reality.

Only from day to day

The life of a wise man runs;

What matter if seasons far away

Have gloom or have double suns?

To climb the unreal path

We stray from the roadway here;

We swim the rivers of wrath;

And tunnel the hills of fear

Our feet on the torrent's brink

Our eyes on the cloud afar

We fear the things we think

Instead of the things that are

Each later wave the best

Today is a king in disguise

Today is the special test

The present makes the flaw

And the only field for strife

Is the inch before the saw