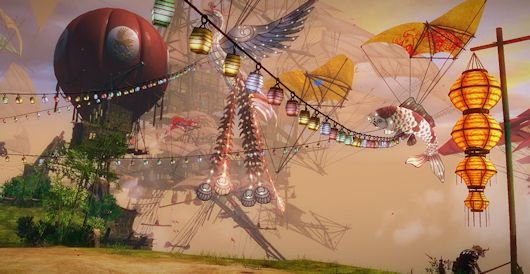 In dreams, lucid dreams and visions, your eyes are closed and thus you ‘see’ an image with your ‘inner eyes’.

In hallucinations, the image is superimposed on the image being received from your eyes.

The quality of the image can vary depend on how good your composer is at producing these and also the extent of the 'trance state' you are in.  Images can be in colour or black and white or mixed.

Where do the images come from?

There are two sorts of images which people experience: 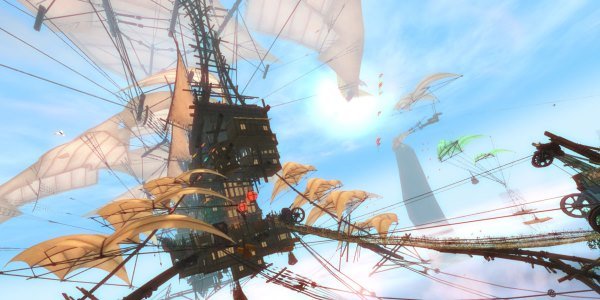 These days, with the absolute plethora of images that bombard us from the media, the Internet and books, unless we have lived our entire lives in a cell excluded from all media intrusion, or have been blind from birth, we have no way of knowing where the images come from.  What we think may be out of this world and a fantasy may have actually come from perceptions stored years ago.  A film we have forgotten, an Internet picture we glanced at, but although we didn’t take it in consciously, is still there in perceptions.

The observations of the past are actually more easily classified, because people’s access to TV, computers, films and videos etc was non existent and many books of old had no pictures.  Interestingly, people of the past ‘saw’ some extraordinary things – Samuel Taylor Coleridge’s Kubla Khan, for example, being a prime example. 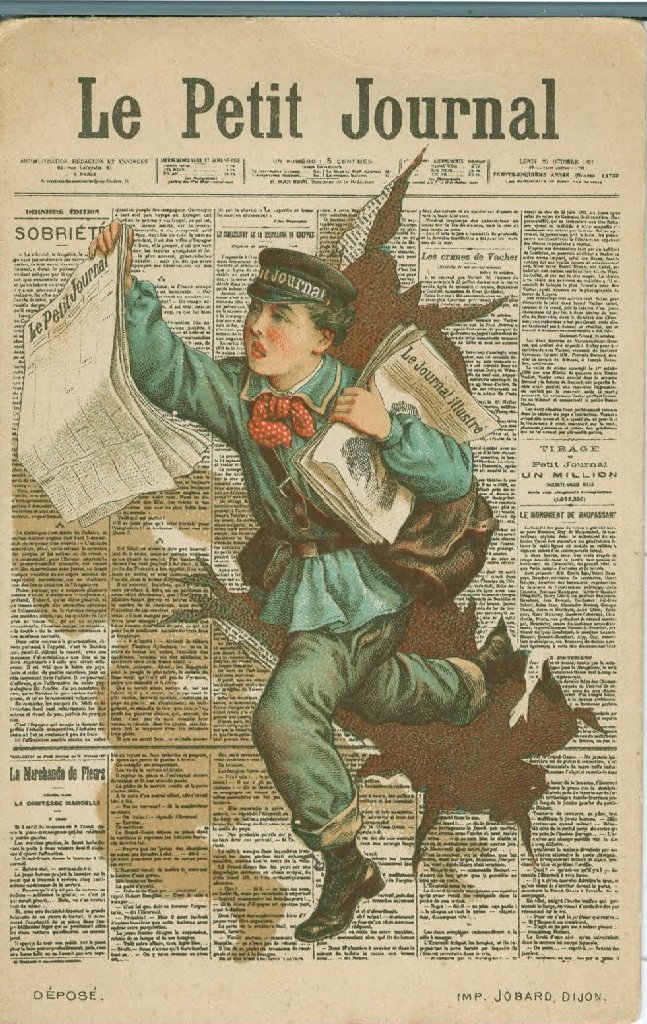 Papers of old - All text

On the down side, although these images are clearly not perception based, they could be mundane – of this earth.  Many people had never seen the wonderful cities of other cultures.  They had never seen anything under a microscope, were unaware of the way evolution had panned out, or of the creatures and life forms we now know existed from fossil records.  Few travelled much farther than the next village.

Their knowledge of the planet was very limited and as such they were more likely to view anything different from the narrow world in which they lived as ‘fantastic’.

In books such as The Coral Island [R M Ballantyne 1860], Julian and Maddalo [Percy Bysshe Shelley – where he describes Venice], and Journal [Admiral Sir John Thomas Byam Martin 1787] it is clear that even as late as the 1700s and 1800s, new places caused total wonder – “like fabrics of enchantment piled to heaven”.  With, at best, only paintings or engravings as a record of sights physically seen, few people had the chance to know their world.  It is only recently that we have been able to explore our world and see its wonders for ourselves. 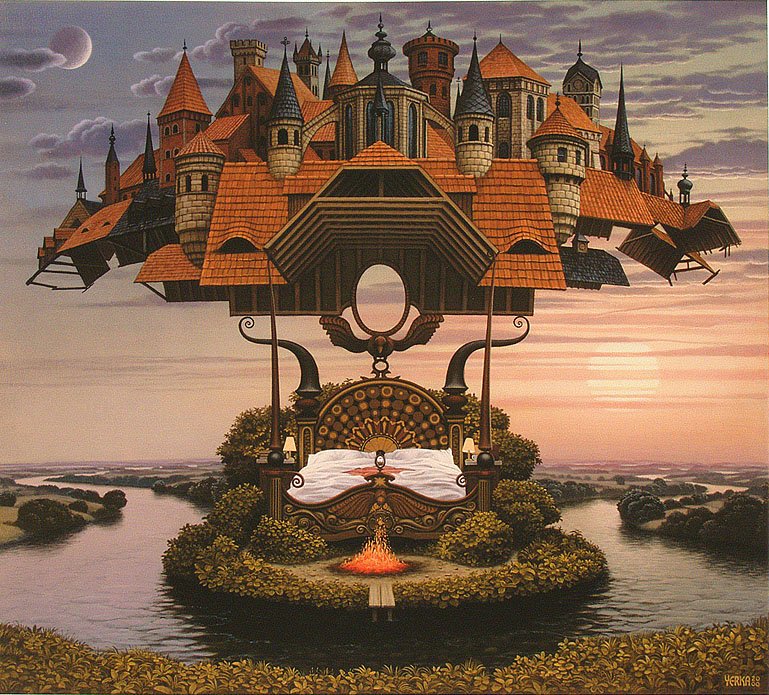 The law of conservation of data – what comes out must be capable of being derived using the process from what went in; we thus have, from images three main ways in which we can prove both spirit and that a realm beyond the mind, exists: 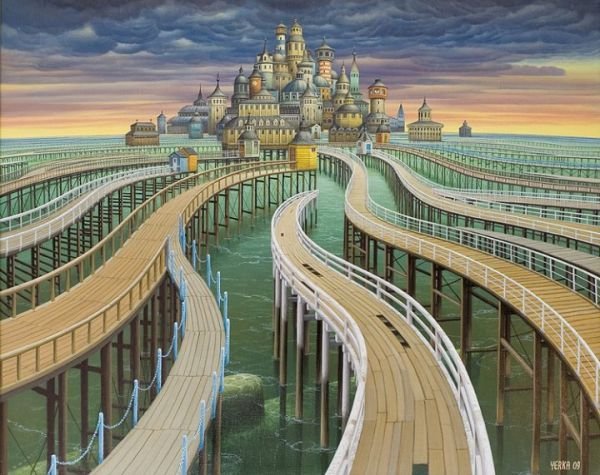 In all dreams, visions and hallucinations, the composer is acting like a film creator and director.  The composer function takes images and produces scenes from them – perhaps it might be more accurate to say the composer is like the software used to make films like Star Wars or Avatar, where the effect is a virtual reality in which you can be a part.

There are many more symbols that can appear in  dreams etc, as such you need to refer to the symbol section to understand the full meaning. 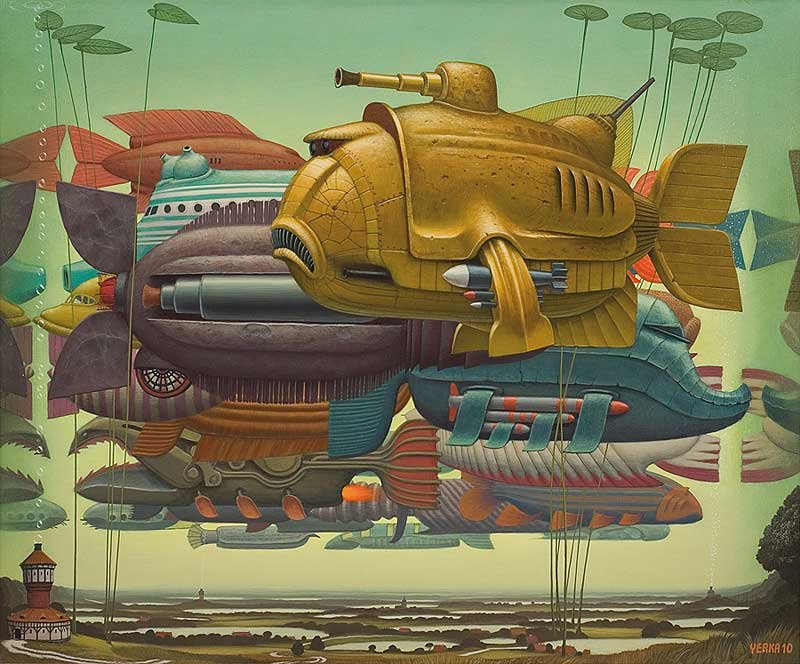 Images can be of ordinary things – everyday events and places, some recognisable though not necessarily visited before.  So for example, the image may be of a place that the person has seen on a postcard, but instead of a postcard view the person feels they are there.

Some almost appear to be of past times on earth, long before we existed when there were seas covering the world, or when there were huge strange insects, or amazing plants. It occurred to me that a European seeing an image of a duck billed platypus or kangaroo three hundred years ago would have called it a fantastic creature.  None of us has individually seen even the tiniest part of our planet, so there is no knowing whether the observations are of things on this planet or not.

In general it is worth noting that the ‘time’ and ‘date’ of the things in visions and dreams is rarely known and often can only be guessed at.

The composer manipulates the images to tell us a story – and it is a story about us.

If you end up in hell with demons, it is your hell and your demons.  You have created it, it belongs to no one except you.

In contrast, if what you see is a heavenly place with angels and music and a beautiful paradaisical garden, it is your paradise and your garden and these are your angels.  You have created it, it is yours. 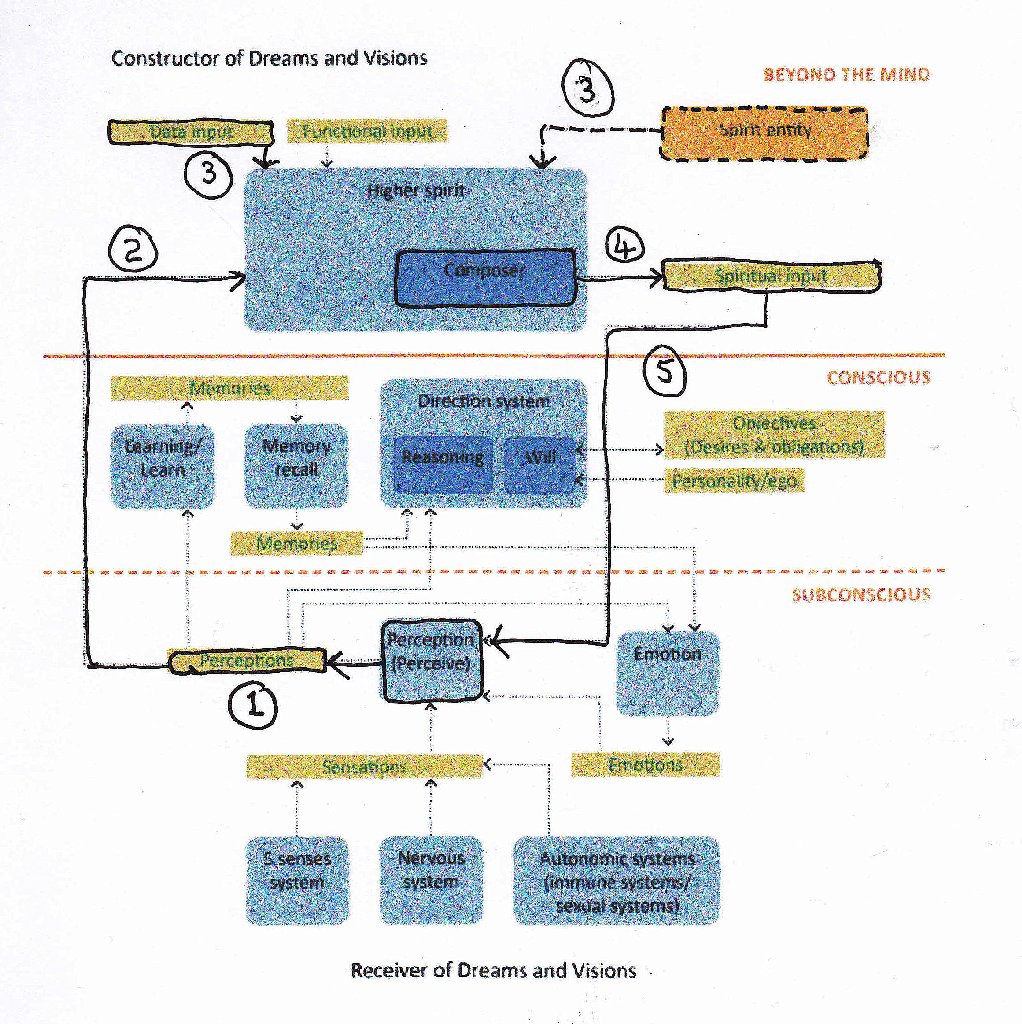 What starts the process is the person’s thoughts.  Awake or asleep, the person may be worrying about something, or emotionally fraught, or emotionally very happy, or they may simply have a problem they cannot solve.  The perception system records everything, as such memories, emotions, the results of reasoning processes, all get recorded and in doing so, the stronger ones act like a prayer.

The composer uses the prayer to decide how it is going to create the dream or vision or hallucination.  It uses the perceptions being input as the first choice of material if it can because this is familiar input and thus more easily understood.  All perceptions are accessible, as such we can hypothesise that past lives are too.  Let us suppose you are taking a pharmaceutical or have a virus which is doing you great harm.  Then the composer may decide it needs to scare the pants off you and the best way to scare the pants off anyone is to use unfamiliar threatening images.

The composer may thus at this stage search beyond the mind to get images that seem to match what needs to be created.  So it looks at the data input.  It may also ask other spirit entities for a suitable image.  It may even ask the spirit entity of the virus or pharmaceutical for an image!  thus at this stage there is a search through images and data that seem to match our requirement from data stores.

The composer has all the images it needs, so it gets to work and creates a story, a lucid dream that we can be involved in and remember; or a simple dream that we can remember when we wake up; or a vision or hallucination that we are sure to remember because we are awake.  It is more difficult for the composer to send us visions or hallucinations, because the will is active when we are awake, but in trance or relaxed states, or when the will is in some way squashed, the input can get through.

The outcome is then fed back to the person in the form of the dream, vision or hallucination.

Remember that even after they have been received, they still have to be worked on, as they are usually symbolically described.  The spirit world does not use language, it uses signs, symbols and images.

All the observations are grouped under the sub-headings shown above - the types of image being seen.