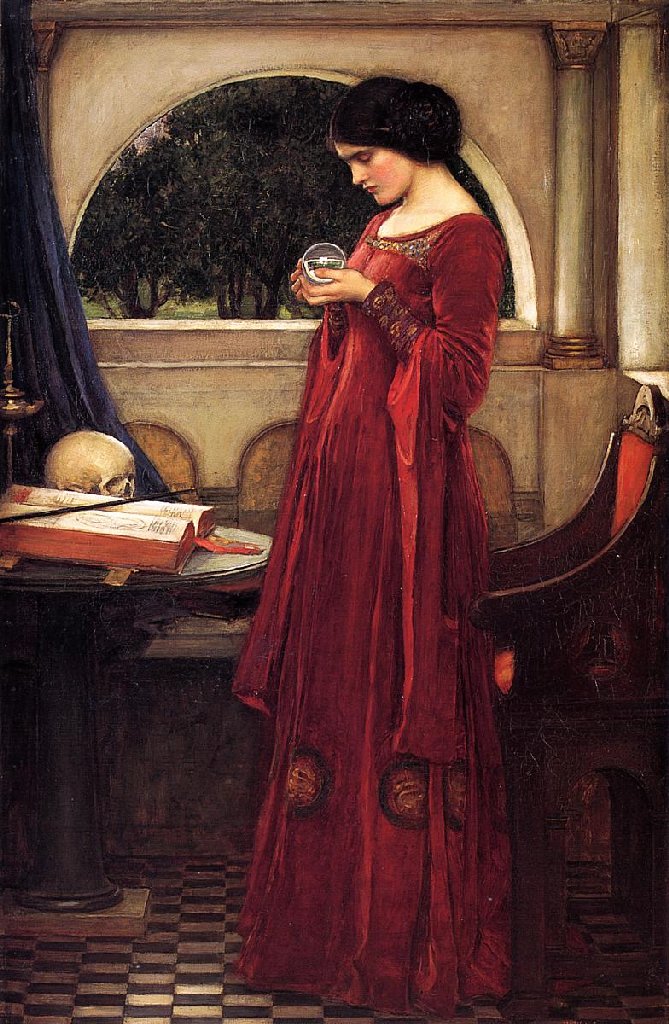 Scrying is a variation on the common activity of Looking at shiny objects.  Here is the definition as given by H F Saltmarsh, a very prominent member of the Society for Psychical Research.

There is, first, crystal-gazing or 'scrying'. This practice is of ancient origin, we have records of its employment in very early times. Sometimes a ball of crystal or glass is used, sometimes a pool of some liquid, occasionally the polished thumb-nail. It does not seem to matter what is used, the modus operandi is always the same. The scryer concentrates attention and gazes fixedly at the object, and gradually scenes appear on its surface, or, if a crystal is used, in its interior; these scenes may be simply a kind of externalized dream, but sometimes they are veridical, that is to say, they convey information not known normally to the scryer. The function of the crystal or pool of liquid appears to be simply to induce a state of dissociation, thus rendering the emergence of subliminal impressions easier; the fact that the scenes appear to be in the crystal is due to externalization of the subliminal impression, it is a form of induced hallucination.