Yeang – means the stimulation of the penis to obtain an erection.

Ien – means to ‘swallow’, which may look exciting, but it means two things -  the use of breathing techniques whilst you do this  - slow inhalation and exhalation, with the emphasis on the inhalation rather than the exhalation – ythis is to help you remain calm.  The second meaning of swallowing refers to the non efaculation needed - swallowing back the semen into the body, reabsorbing it.

Sher –  draw in absorb, don’t have an orgasm, draw the semen back into the body.

Tyi – means to hold up or raise the Qi, it may also mean to hold the testicles.

Bi – means to close all the other vessels and channels except those leading to the Tan Dien.

Shuai – means to swing and no not the slang term, a different meaning described elsewhere.

So I think you get the picture – light and heavy, forceful to peaceful, quick slow – vary the type of stimulation to help you maintain the erection. The next part will send joy into the heart of everyone reading this  -you have to practise a lot, a lot a lot, three times a day at least and according to the books at least half an hour at a time, preferably much much longer.

In the Chinese Spiritual Kung Volume I by Gong Jiann Lao Ren he says “do not count the times, every day six sticks of incense, train three times a day”  Now a stick of incense last 40 minutes, so this chap is saying you have to practise three times a day and for 1 ½ hours each time!

I can see all you chaps groaning at the prospect of having sex with yourself or a willing partner with no orgasm three times a day for one and a half hours.  Personally I think it better to just go the full 5 hours in one go.  But then that’s just me…..

Another perhaps fairly obvious attribute that must be present during this is as follows……….

I gather that it also means difficult……………… 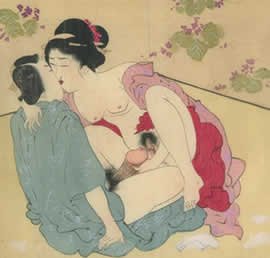 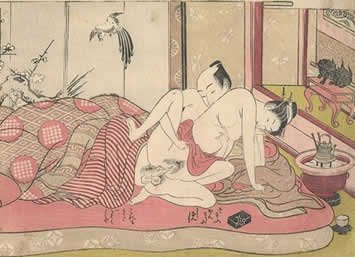