Pouring cold water over your head sets up a nervous reaction because of the temperature difference between the skull and the rest of the body.  Initially if your body is warm and your head is cooled the body acts like a thermocouple.

The same reaction occurs if you splash your face with cold water, it stimulates the nerves in the face.

The South American shamans and Norse shamans achieve this by immersing themselves under waterfalls and letting the water hit their head.  This also has a slight befuddling effect.

You could achieve much the same using a shower - standing under a cold shower with your head immersed but your body not. 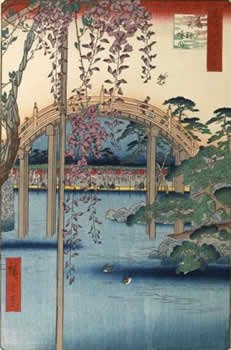 Some people Siberian shamans and Inuit shamans have thrust their heads into icy water.

Misogi in Shinto, is the practice of purification by ritual use of water while reciting prayers is typically done daily by regular practitioners, and when possible by lay practitioners. The act in this case is largely symbolic [though it has a practical function too] and has a similar symbolic meaning to that used by Moslems. There is a defined set of prayers and physical activities that precede and occur during the ritual.

But there is an aspect of misogi rarely seen by the normal visitor to a Japanese shrine.

Water is poured on the head over and over again. It is a practise geared towards spiritual experience.

There is another Shinto ritual of purification with water, which takes place during the 'misogi.  Although there are no fixed rules, when walking on a mountain path, initiates, dressed in white, enter a mountain pool at the base of a sacred waterfall:  with the water pounding down on their head, the devotee stands beneath the waterfall and chants a formulaic incantation. Through the tama of the sacred water and the kotodama (the tama of words) in the chant, the person's impurities are washed away.