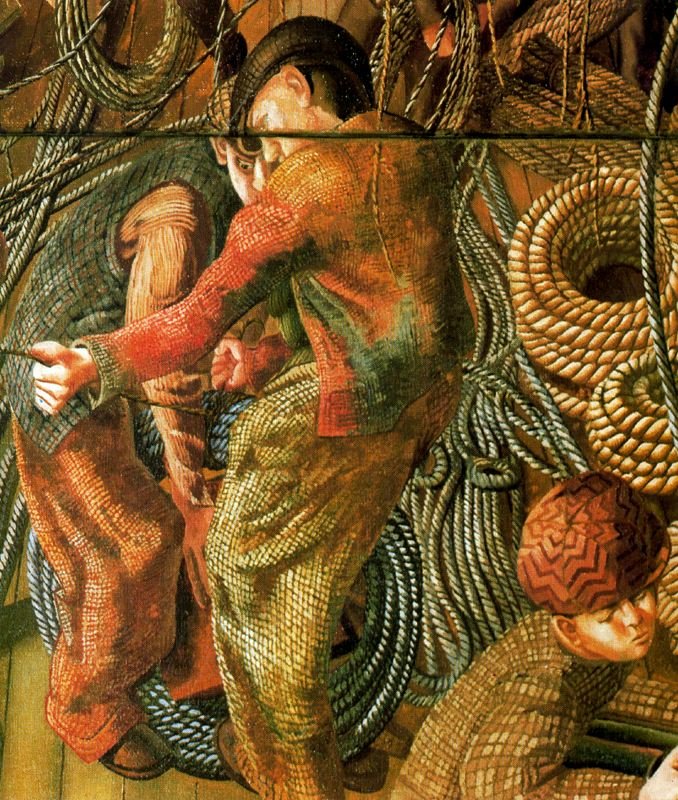 Spencer's agent, Dudley Tooth had been managing Spencer's finances and when the Second World War broke out he wrote to E.M.O'R. Dickey, the secretary of the War Artists' Advisory Committee, WAAC, seeking employment for Spencer.

In May 1940 WAAC sent Spencer to the Lithgows Shipyard in Port Glasgow on the River Clyde to depict the civilians at work there. Spencer became fascinated by what he saw and sent WAAC proposals for a scheme involving up to sixty-four canvases displayed on all four sides of a room.

WAAC agreed to a more modest series of up to eleven canvases, some of which would be up to six metres long. The first two of these, Burners and Caulkers were completed by the end of August 1940. WAAC purchased the three parts of Burners, but not Caulkers, for £300 and requested a further painting, Welders, for balance. Spencer delivered Welders in March 1941 and in May 1941 saw the two paintings hanging together for the first time at the WAAC exhibition in the National Gallery.

WAAC held Spencer in the highest regard, and in particular Dickey ensured he received, almost, all the expenses and materials he requested and even accepted his refusal to fill-in any forms or sign a contract. 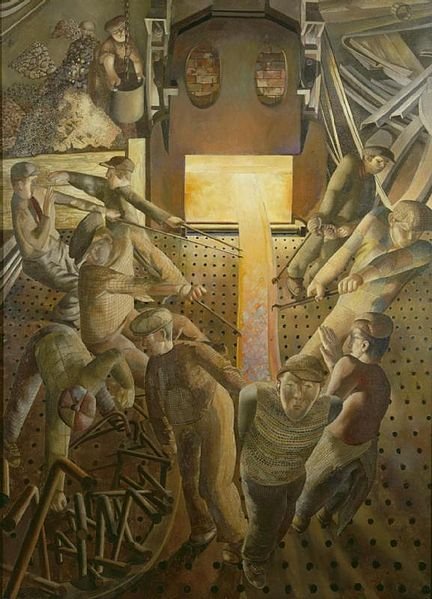