Santeri Levas: Sorting the daily mail with Aino and Sibelius himself 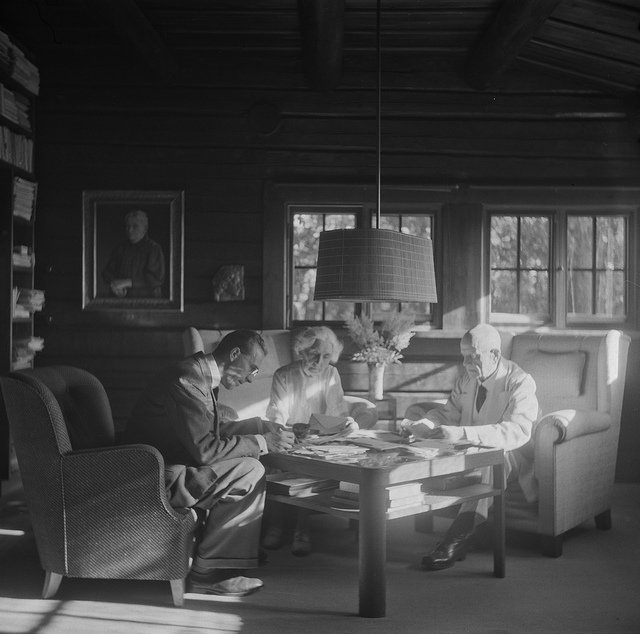 En saga (English translation: A fairy tale or A saga) is a tone poem written by the Finnish composer Jean Sibelius in 1892. After hearing Sibelius' choral work Kullervo, the conductor Robert Kajanus encouraged Sibelius to compose a purely orchestral work, which turned out finally to be this work. The evolution of this work is somewhat ambiguous, except that in 1890–1891, Sibelius had commenced composition on an octet for strings, flute and clarinet. This work evolved into a septet by September 1892, and had acquired the title Ballet Scene No. 2 by November of that year. However, a letter to Adolf Paul dated 10 December 1892 stated that Sibelius had finished "the orchestral piece En saga".

The title is in Swedish, Sibelius's mother tongue. He did not specify any story in it, although he did comment that any general literary inspiration was more from the Icelandic Eddas rather than the Kalevala (the Finnish national epic). In his later years, Sibelius recounted to his secretary Santeri Levas:

"En saga is the expression of a state of mind. I had undergone a number of painful experiences at the time and in no other work have I revealed myself so completely. It is for this reason that I find all literary explanations quite alien."