The map below was produced by the J. Allen Hynek Center for UFO Studies from Chicago.  It is a  map of UFO sightings in the US. It indicates the number of UFO reports per 100,000 people by county in the continental US. 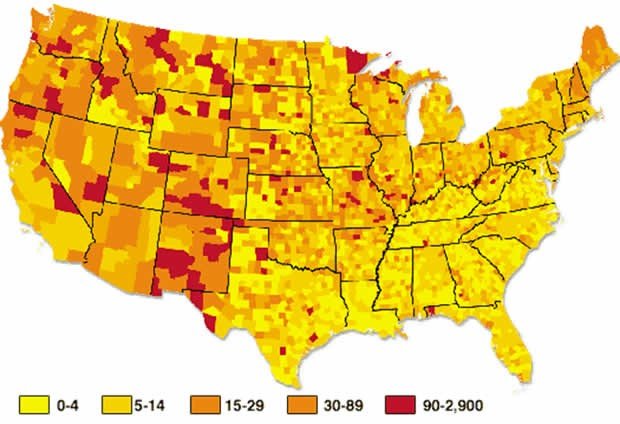 What can we see from the map?

And what marks out these particular areas?  Long long straight roads, deserts, very little noise, in some areas monotonous landscapes that seem - when you are in a car - to go on and on and on.  There is the real possibility that in a warm, air conditioned silent car or in a mobile home camped in these landscapes, that sensory deprivation has caused hallucinations.  They will appear, incidentally, totally real and in a sense they are totally real.

There is also the possibility that a number of these places are telluric hot spots.