Alicia Previn is a violinist for the Irish band In Tua Nua and a founding member of the Young Dubliners. 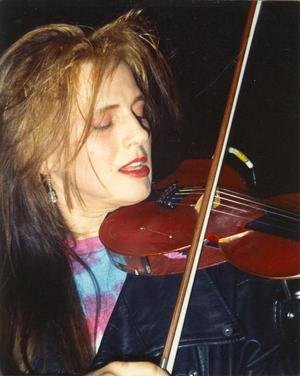 Betty Bennett Nobody Else But Me

Betty Bennett (born October 23, 1921) was an American jazz singer.  Her first major signing was with the Claude Thornhill band in 1946, the band in which her then husband, bassist Iggy Shevak, was playing. Shortly after her husband left to join Alvino Rey, Bennett followed him there. In 1949, she joined Charlie Ventura's band before going on to join Benny Goodman in 1959.

Her second album featured arrangements by Shorty Rogers and her second husband, André Previn. Previn has been married five times. His first marriage, in 1952, was to Betty Bennett, with whom he had two daughters, Claudia Previn Stasny and Alicia Previn. Previn divorced Bennett in 1957, a few months before she gave birth to their second daughter.

In this recording Betty Bennett sings the arrangements of Shorty Rogers and her then husband Previn.