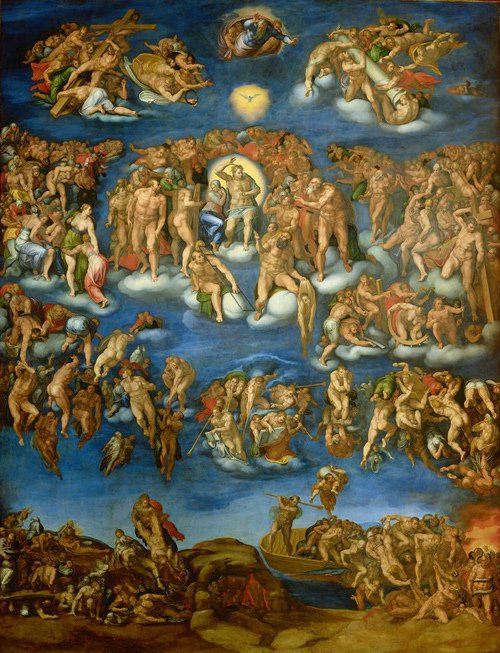 Michelangelo showed figures equalized in their nudity, stripped bare of rank. Nakedness as I have described under the Ignudi is symbolic, but even so, the depiction of Christ and the Virgin Mary naked was later considered sacrilegious, and Cardinal Carafa and Monsignor Sernini (Mantua's ambassador) campaigned to have the fresco removed or censored, but the Pope resisted, presumably because the Pope was a good Catholic and understood the symbolism. 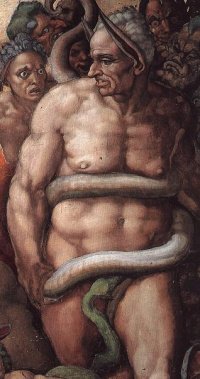 Even the Pope's own Master of Ceremonies Biagio da Cesena said of the painting "it was mostly disgraceful that in so sacred a place there should have been depicted all those nude figures, exposing themselves so shamefully," and that it was no work for a papal chapel but rather "for the public baths and taverns." Michelangelo worked Cesena's face into the scene as Minos, judge of the underworld (far bottom-right corner of the painting) with Donkey ears (i.e. indicating foolishness), while his nudity is covered by a coiled snake. It is said that when Cesena complained to the Pope, the pontiff joked that his jurisdiction did not extend to hell, so the portrait would have to remain.

At the Council of Trent, shortly before Michelangelo's death in 1564, however, the politicians had their way and it was decided to obscure the genitals.  Daniele da Volterra, an apprentice of Michelangelo, was commissioned to make the alterations. An uncensored copy of the original, by Marcello Venusti, is in the Capodimonte Museum of Naples. 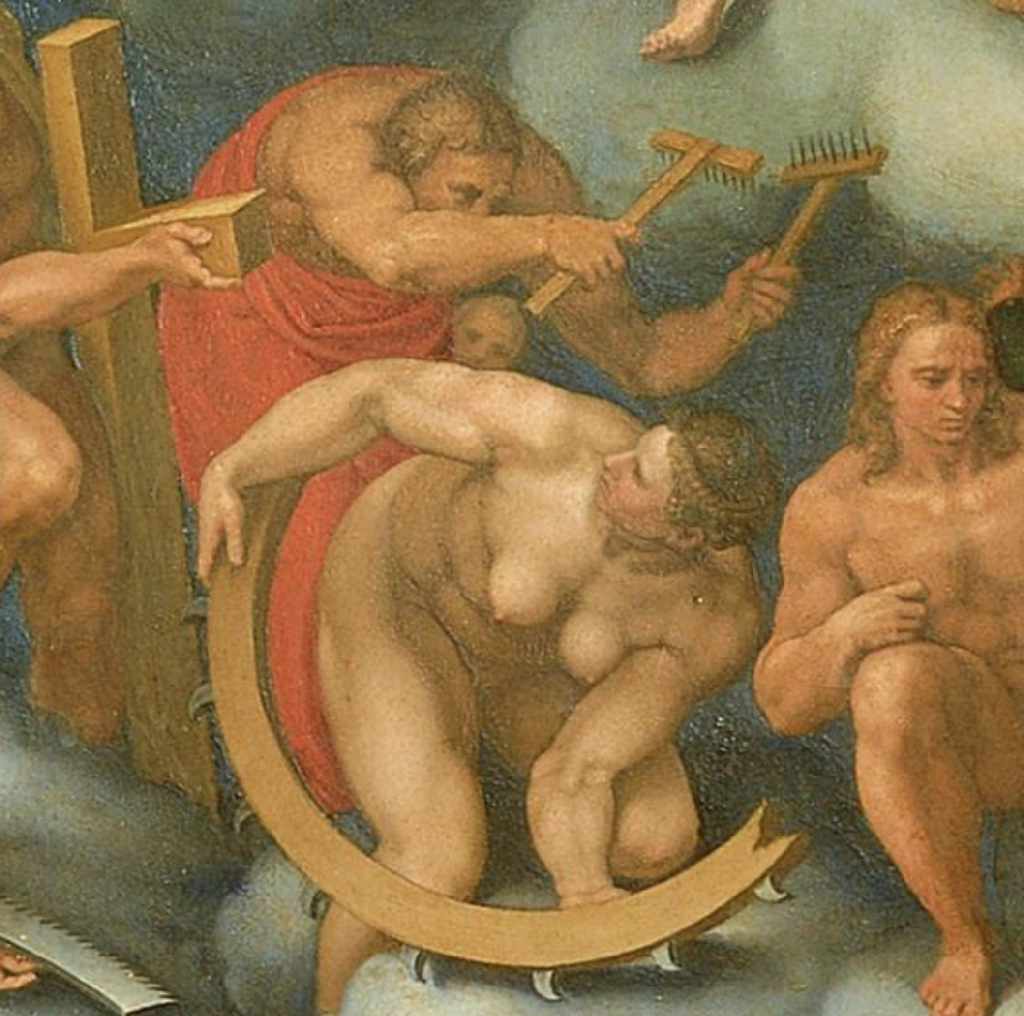