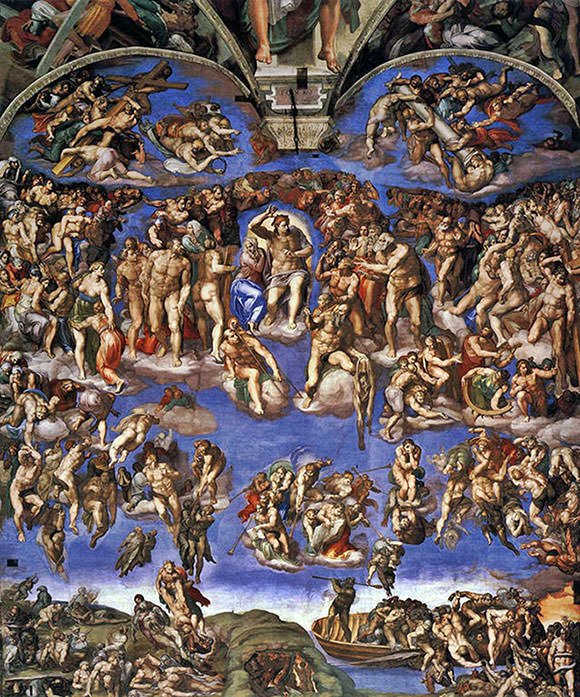 The Last Judgment was painted at a time of great unrest and turmoil in Italy. 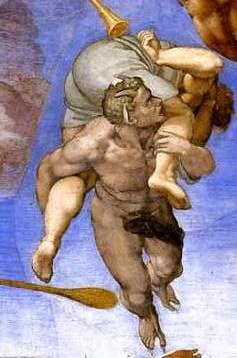 The Sack of Rome occurred on 6 May 1527 - a military attack carried out by the troops of Charles V, Holy Roman Emperor, in Rome, then part of the Papal States. It marked a crucial imperial victory in the conflict between Charles and the League of Cognac (1526–1529)—the alliance of France, Milan, Venice, Florence and the Papacy.

But on 6th May, their leader was fatally wounded in the assault, and the death of the last respected command authority among the Imperial army caused any restraint in the soldiers to disappear.  Almost the entire Swiss Guard was massacred by Imperial troops on the steps of St Peter's Basilica. Of 189 guards on duty only the 42 who accompanied the pope survived, but the bravery of the rearguard ensured that Pope Clement VII escaped to safety, down the Passetto di Borgo, a secret corridor which still links the Vatican City to Castel Sant'Angelo.

After the brutal execution of some 1,000 defenders of the Papal capital and shrines, the pillage began. Churches and monasteries, as well as the palaces of prelates and cardinals, were looted and destroyed. The Vatican Library was saved because Philibert had set up his headquarters there. After three days of ravages, Philibert ordered the sack to cease, but few obeyed. In the meantime, Clement remained a prisoner in Castel Sant'Angelo. On 6 June, Clement VII surrendered, and agreed to pay a ransom of 400,000 ducati in exchange for his life.

In 1527, Florentine citizens, encouraged by the sack of Rome, threw out the Medici. A siege of the city ensued, and Michelangelo went to the aid of his beloved Florence by working on the city's fortifications from 1528 to 1529. The city fell in 1530, and the Medici were restored to power. Michelangelo fell out of favour with the young Alessandro Medici, who had been installed as the first Duke of Florence. Fearing for his life, he fled to Rome, leaving assistants to complete the Medici chapel and the Laurentian Library.

Michelangelo was welcomed by Pope Clement, who reinstated an allowance that he had previously granted the artist.  And shortly before his death in 1534 Pope Clement VII commissioned Michelangelo to paint a fresco of The Last Judgement on the altar wall of the Sistine Chapel.

His successor, Paul III, was instrumental in seeing that Michelangelo began and completed the project, which he laboured on from 1534 to October 1541.

As such we can speculate that the turmoil and apocalyptic vision – particularly of hell – that Michelangelo painted owes much to the turmoil and terrifying times in which he lived. 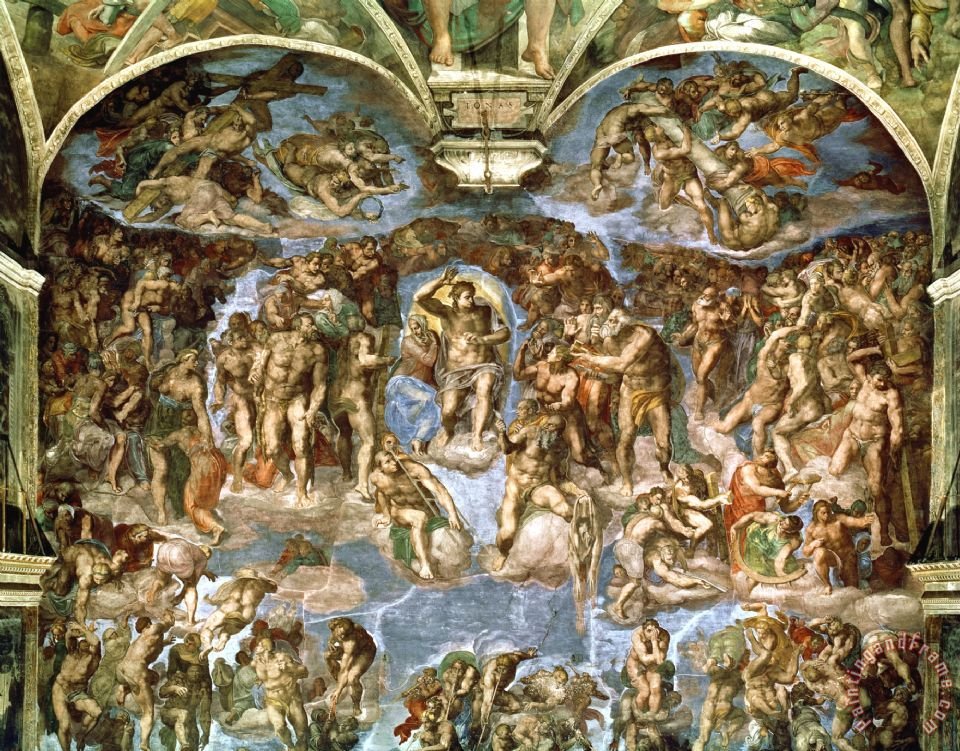