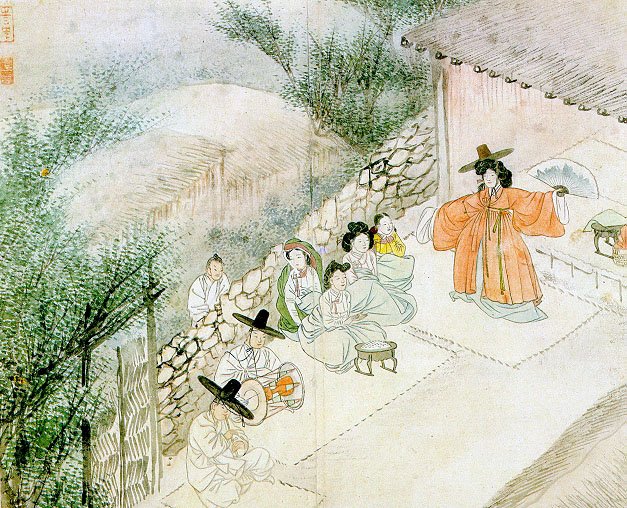 A further instrument was noted by the Japanese ethnographer Murayama in the 1930s, the koritchak. This was a wicker basket used for intimate Korean rituals which, although considered effective in calling the spirits of the dead, might indicate a reaction to persecution, since the limited sound potential would have kept rituals from public view. A plethora of metal instruments are also used, from rice-bowl lids and finger cymbals (collectively described after terms for Buddhist cymbals as para, chabaro, and chegum) to bell trees [pongul) in the centre and north, small gongs (kwaenggwari) and upturned prayer bowls in the south-east, and a brass clapperless bell (chongju] struck with a small deer antler in the south-west. Through-out Korea, it is the large gong (ching) that functions more like central Asian frame drums.

Vestiges of its role as the residence of a helping spirit remain. 'The spirit of the gong is angry', said the shaman Yi Wansun one rainy night in 1984 when nothing seemed to be going right in a ritual conducted after a man had broken his leg in a fall. She leaned the gong against the wall, assembled a small altar table in front of it, replete with food and drink, and prayed. Park Byung Chon routinely raises the gong to his chest and holds it not with a cord (as is normal in secular contexts), but with his right hand behind and inside.

He sings into it, intently concentrating on the sound, addressing the spirits. 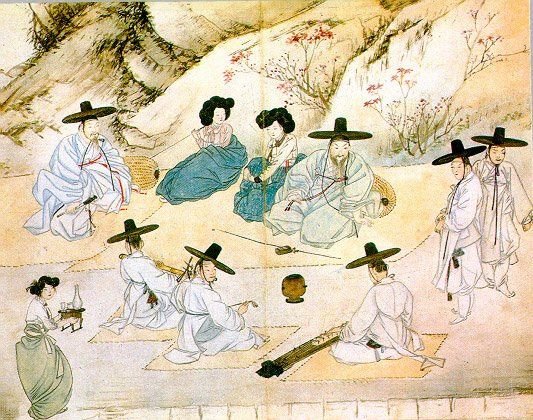