Saint Isidore of Seville (Latin: Isidorus Hispalensis; c. 560 – 4 April 636), a scholar and, for over three decades, Archbishop of Seville, is widely regarded as the last of the Fathers of the Church, as the 19th-century historian Montalembert put it in an oft-quoted phrase, "The last scholar of the ancient world."

At a time of disintegration of classical culture, and aristocratic violence and illiteracy, he was involved in the conversion of the royal Visigothic Arians to Catholicism, both assisting his brother Leander of Seville, and continuing after his brother's death. He was influential in the inner circle of Sisebut, Visigothic king of Hispania. Like Leander, he played a prominent role in the Councils of Toledo and Seville. The Visigothic legislation that resulted from these councils influenced the beginnings of representative government.

His fame after his death was based on his Etymologiae, an etymological encyclopedia which assembled extracts of many books from classical antiquity that would have otherwise been lost.

English: The [inhabited] mass of solid land is called round after the roundness of a circle, because it is like a wheel [...] Because of this, the Ocean flowing around it is contained in a circular limit, and it is divided in three parts, one part being called Asia, the second Europe, and the third Africa. 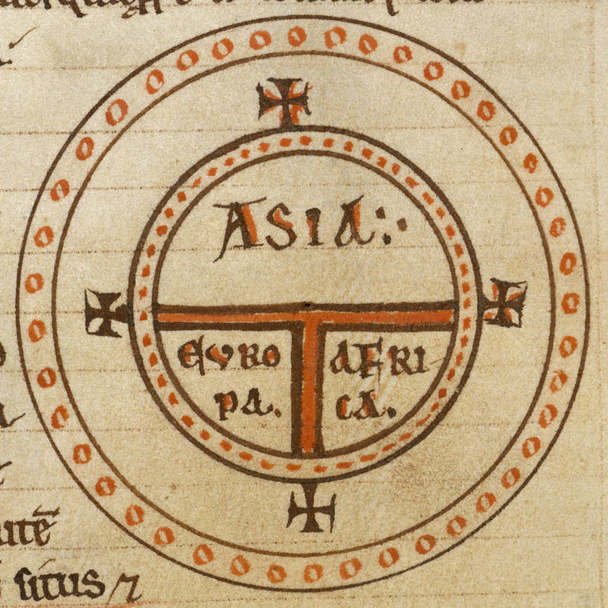