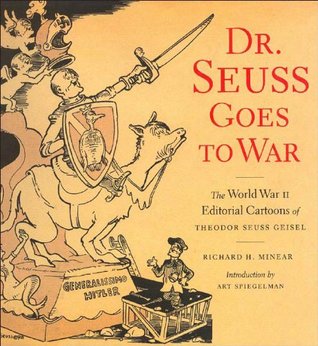 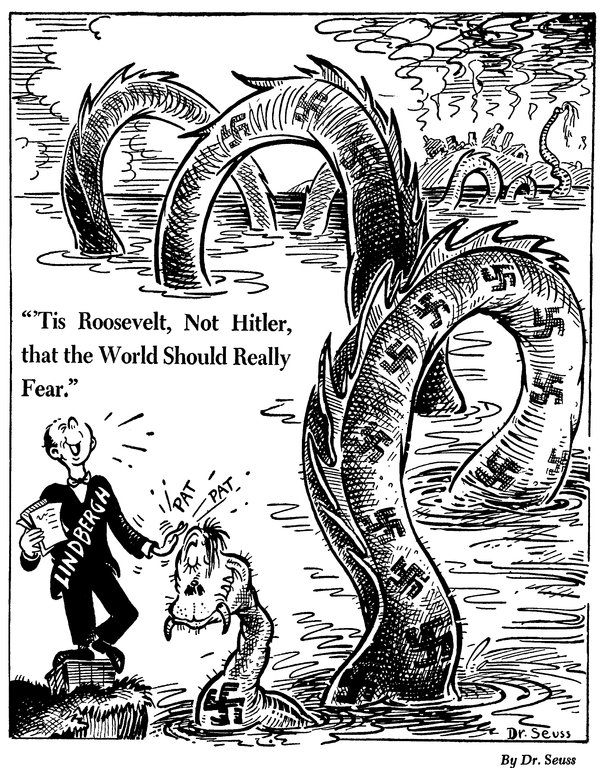 As World War II began, Geisel turned to political cartoons, drawing over 400 in two years as editorial cartoonist for the  New York City daily newspaper, PM. Geisel's political cartoons, later published in Dr. Seuss Goes to War, denounced Hitler and Mussolini and were highly critical of non-interventionists ("isolationists"), most notably Charles Lindbergh, who opposed US entry into the war.

One cartoon depicted all Japanese Americans as latent traitors or fifth-columnists, while at the same time other cartoons deplored the racism at home against Jews and blacks that harmed the war effort.

His cartoons were strongly supportive of President Roosevelt's handling of the war, combining the usual exhortations to ration and contribute to the war effort with frequent attacks on Congress, parts of the press, and others for criticism of Roosevelt, ...., investigation of suspected Communists, and other offences that he depicted as leading to disunity and helping the Nazis, intentionally or inadvertently. 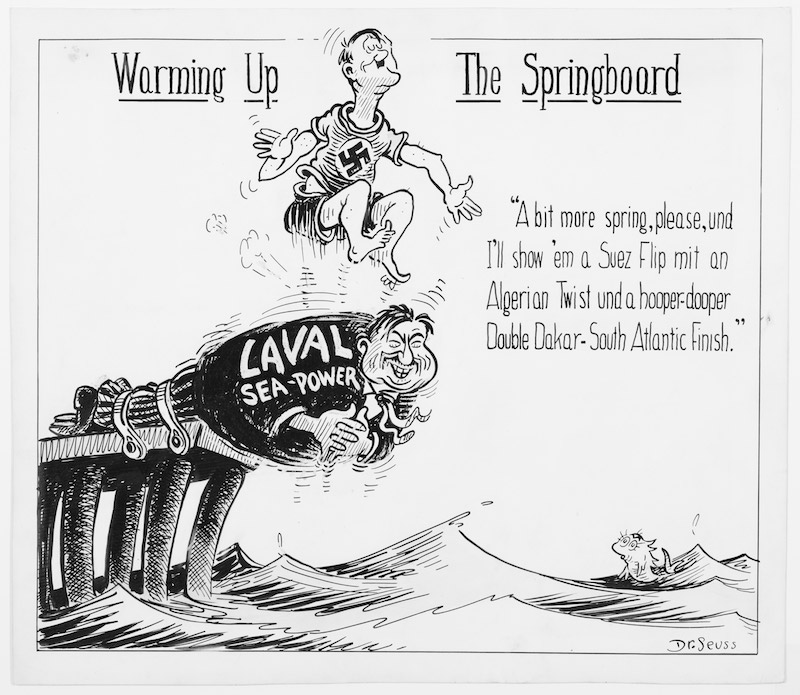 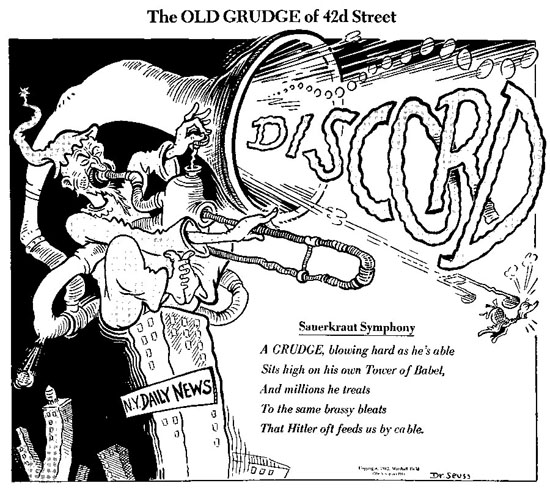