De re metallica (Latin for On the Nature of Metals [Minerals]) is a book cataloguing the state of the art of mining, refining, and smelting metals, published a year posthumously in 1556 due to a delay in preparing woodcuts for the text. The author was Georg Bauer, whose pen name was the Latinized Georgius Agricola. The book remained the authoritative text on mining for 180 years after its publication. It was also an important chemistry text for the period and is significant in the history of chemistry. 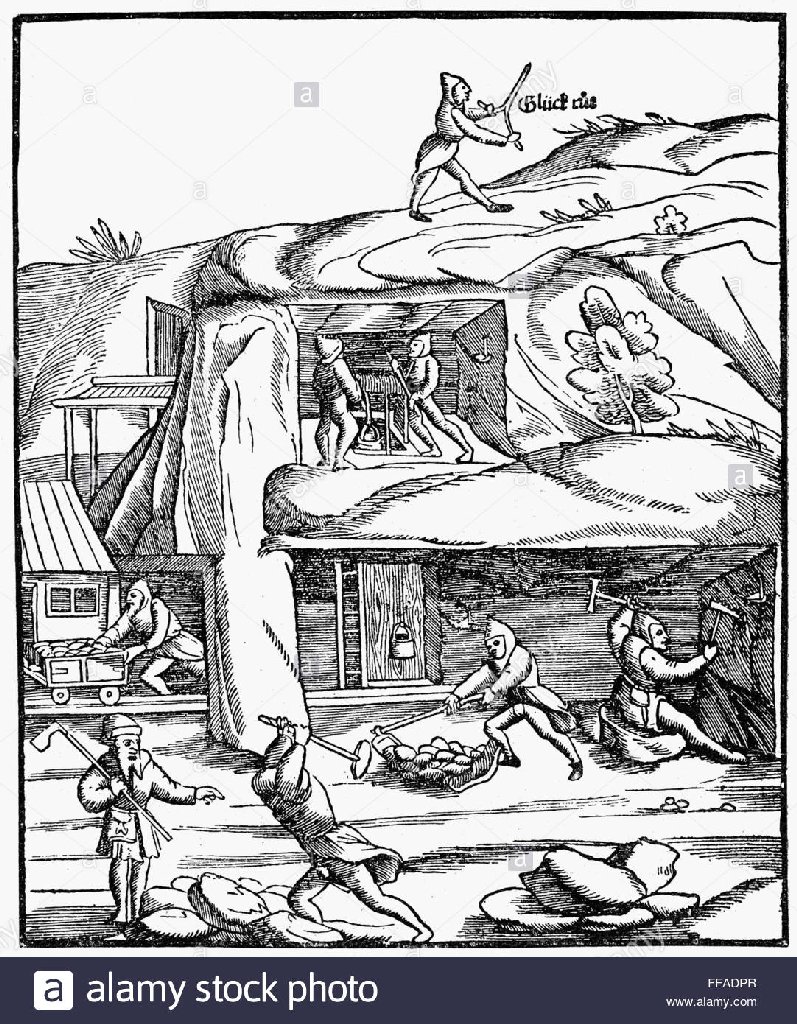 One worker is trying his luck with a divining rod. Woodcut from a
1580 edition of Georgius Agricola's 'De Re Metallica

Mining was typically left to professionals, craftsmen and experts who were not eager to share their knowledge. Much experiential knowledge had been accumulated over the course of time. This knowledge was consecutively handed down orally within a small group of technicians and mining overseers.

In the Middle Ages these people held the same leading role as the master builders of the great cathedrals, or perhaps also alchemists. It was a small, cosmopolitan elite within which existing knowledge was passed on and further developed but not shared with the outside world. Only a few writers from that time wrote anything about mining itself. Partly, that was because this knowledge was very difficult to access. Most writers also found it simply not worth the effort to write about it.

Only in the Renaissance did this perception begin to change. With the improved transport and the invention of the printing press knowledge spread much more easily and faster than before. In 1500, the first printed book dedicated to mining engineering, called the “Nutzlich Bergbuchleyn” (The Useful Little Mining Book”) by Ulrich Rulein von Calw, was published. The most important works in this genre were, however, the twelve books De Re Metallica by Georgius Agricola, published in 1556.

Agricola had spent nine years in the Bohemian town of Joachimsthal, now in the Czech Republic. (Joachimsthal is famous for its silver mines and the origin of the word "Thaler" and, ultimately, "dollar.") After Joachimsthal, he spent the rest of his life in Chemnitz, a prominent mining town in Saxony. Both Joachimsthal and Chemnitz are in the Erzgebirge, or Ore Mountains.

The book was greatly influential, and for more than a century after it was published, De Re Metallica remained a standard treatise used throughout Europe. The German mining technology it portrayed was acknowledged as the most advanced at the time, and the metallic wealth produced in German mining districts was the envy of many other European nations. The book was reprinted in a number of Latin editions, as well as in German and Italian translations. Publication in Latin meant that it could be read by any educated European of the time. The numerous woodcuts and detailed descriptions of machinery made it a practical reference for those wishing to replicate the latest in mining technology

In 1912, the first English translation of De Re Metallica was privately published in London by subscription. The translators were Herbert Hoover, a mining engineer (and later President of the United States), and his wife, Lou Henry Hoover, a geologist and Latinist. The translation is notable not only for its clarity of language, but for the extensive footnotes, which detail the classical references to mining and metals. Subsequent translations into other languages, including German, owe much to the Hoover translations, as their footnotes detail their difficulties with Agricola's invention of several hundred Latin expressions to cover Medieval German mining and milling terms that were unknown to classical Latin. The most important translation—outside English—was the one published by the Deutsches Museum in Munich.

In the sixteenth century dowsing rods were regularly used in German mines. In 1546, “Georgius Agricola”  published “De Re Metallica” (On Metals), a book on mining, which explained in detail the necessity of the divining rod in finding and exploring mines. These German dowsers later brought their skill to England to help the locals divine for tin. H. H. Queen Elizabeth-I actively encouraged these miners to come to England  to locate and exploit the country’s mineral resources. 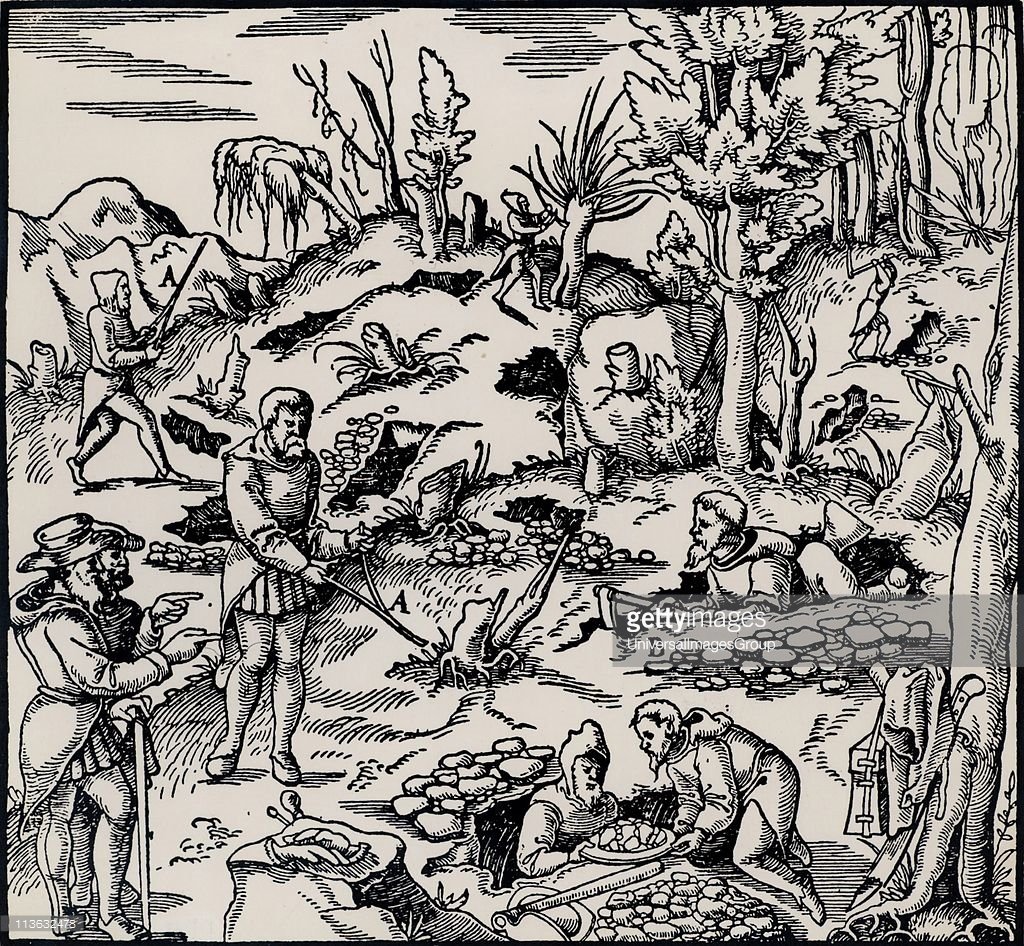