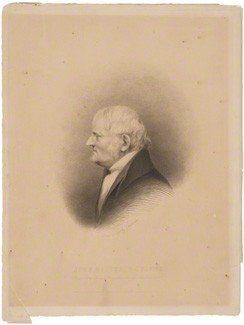 92. Another remarkable fact relating to chemical affinity is, that the quantity of any substances required to form a particular compound is always the same ; and so long as a body retains its general characteristics, it will always consist of the same elements, united together in the same proportions. For instance, sulphuric acid (oil of vitriol) is always composed of 16 parts, by weight, of sulphur, and 24 of oxygen. No other substances can form sulphuric acid, nor can its own elements produce it, if combined in any other proportions than those just stated.

Water, in like manner, is formed of one part, by weight, of hydrogen, and eight of oxygen ; and were these elements to unite in any other proportions, some new substance, different from water would be produced.

When two or more elements unite to form a compound, the addition or diminution of a small quantity of one, often produces an effect remarkably different to what would have resulted had the proportions been different. For instance, there is great dissimilarity, both in taste and appearance, between starch and sugar; and yet they are comprised of the same elements, and very nearly in the same proportions, as will be seen by the following analysis :

The figures represent the parts of each element, by weight, that form the two substances; so that it will be seen, it is only in consequence of the starch containing a few more particles of its elements than the sugar does, that it differs so materially in its sensible qualities. If we could abstract a few atoms only of the oxygen, hydrogen, and carbon, from the starch, we should convert it into sugar ! and in some chemical processes this is really effected.

It is in consequence of the beautiful law of nature we have been describing, that chemists are able to tell exactly how much of any substance is contained in any particular compound ; for the quantity is always the same, and when it has been once ascertained, it is known always. For instance, sulphate of magnesia (Epsom salts) is formed of sulphuric acid and magnesia. If the latter be added to the acid till effervescence ceases, it will be found, that any magnesia thrown into the solution afterwards will not combine with the acid, but will fall to the bottom of the vessel ; thereby showing, that only a certain quantity of magnesia will combine with the acid, to form Epsom salts………….

95. Chemical solution is very different from mere mixture. Solution is a chemical combination between a fluid and any substance that may be dissolved in it ; whereas mixture is simply a division of the particles of a body by a mechanical power. Portions of the substance float about in the liquid it is mixed with, but they do not combine with it; and these portions will, if the mixture remains at rest, fall to the bottom, or rise to the surface, according to their relative specific gravity as compared with that of the fluid.