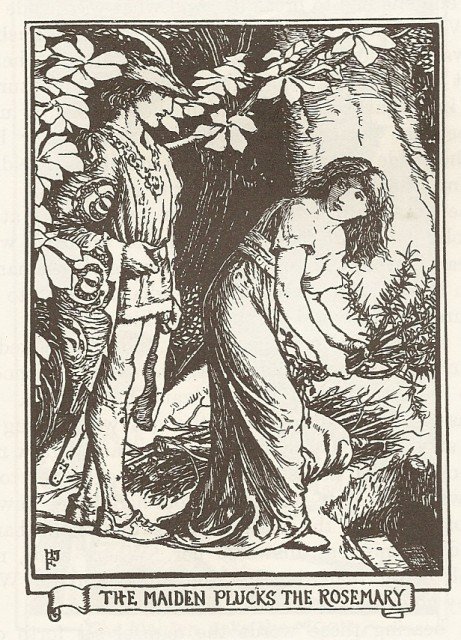 Stars, according to Paracelsus, are the forms and matrices of all herbs and every star in heaven, is no other, but a herb prefigured in a spiritual and catholic manner, representing the like of every vegetable in the earth.

So every herb is a Terrene star growing towards heaven; and every individual star, is a celestial herb in a spiritual form, in nothing differing from herbs growing in the earth, save only in the matter.

Therefore stars by their excrements, and nostoch [a Paracelsian term for a slime], prenunciate all future diseases.

Likewise the celestial herbs tend downward toward the earth, and respect their proper herbs procreated by them. This foundation being known, known also will be the constellations and composition of celestial and terrestrial herbs, viz. this is the star of rosemary, wormwood, etc. and hath the virtues of them. Also in terrene herbs this will be observed, that as many colours of flowers, so many virtues of herbs.

Nothing is placed in the family of plants either unadvisedly or in vain, but in a rare manner, from their seasonable ordained causes, are produced in exact number, time, and place. And as in things mute the gesture is instead of speech, by the motion of the body declare the affects of their sense: so also God to every plant hath insisted its discoverer, that the genuine virtues of herbs latently abscondited by their external signatures, that is, by the similitude of their form and figure (as by indexes of their office, essence, and latent virtues) may by their aspect be known, discovered, and manifested: yea so as in the manner aforesaid, by their signatures they magically seem to speak to us.

[Syrac. Ch.30 ver.26 . All things created by God subsist in Order, Time, Measure and Weight. Wisdom II ver. 12 Every work manifests and declares its workman and builder, which in medicine is an arcanum and mystery. So the anatomy of forms, shows the nature of things.]