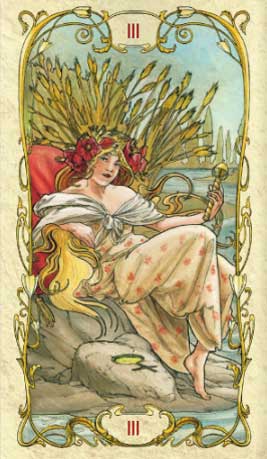 In more general symbolism, the Sun and Moon are the Mother and Father aspects of God.  The Moon is feminine, a watery emotional symbol, a nurturer, the preserver of souls.  Thus the Moon in the Tarot is the spiritual equivalent to the number 2 of the Enneagram, the archetypical mother figure who puts other needs before her own.  At our mundane level, the Tarot card that matches this role is the Empress - the obvious foil for the Emperor and also a counter balance to the Devil - the number eight.

She is not without power, but it is a different kind of power.  It is a form of borrowed power from the Emperor, and sometimes she genuinely is the power behind the throne

At best they can be kind even gentle, warm and approachable, but at their very worst they can be as steely hard as the Emperor or smothering and over protective, constantly whittling and worrying and anticipating non existent danger, whilst preventing their ‘children’ from finding their own space and role or making their own mistakes – living their lives for them.  Controllers. 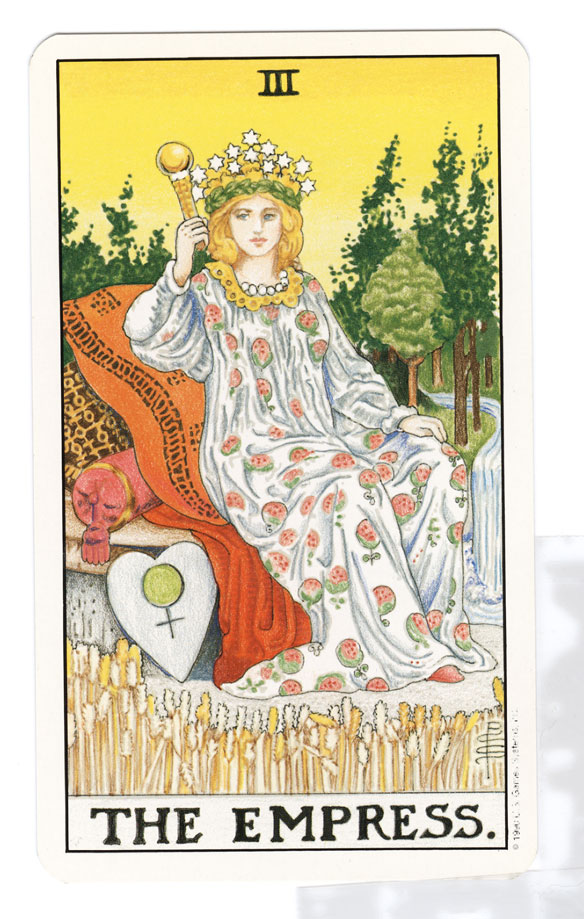 They are often friends with other women rather than men and find comfort in the company of women rather than men.  Men may take advantage of them if they appear weak, and spoilt male children can result, with girls barely given any room to grow and with expectations that they too will take the subservient role of a 2. If the Emperor 'goes wrong', they often find it exceedingly difficult not to sink with them.

The best will enjoy their role and achieve more than the Emperor by using him as a protector and financer.  Catherine the Great, for example, helped great numbers of artists, scientists and the spiritually gifted.  But the worst can harbour secret resentment and privately think their lives are no longer their own because they are giving to others the whole time.  They can act the martyr as a consequence, especially if they think they have gifts that they have not been given the chance to explore.

They may be happy to do things for nothing, in other words, the best are altruistic and they readily go out of their way to volunteer their time and energy to help others.  For the best in this group, the greatest reward is simply giving and being with someone who appreciates what they are trying to do.  At worst they can be needy, imagining they are giving, but actually giving things that are unwanted, whether it be advice or material things.

As they have to act decisively and firmly with children in their care, they can be bossy and dominating even to adults, earning themselves dislike from men and women alike.   Thus 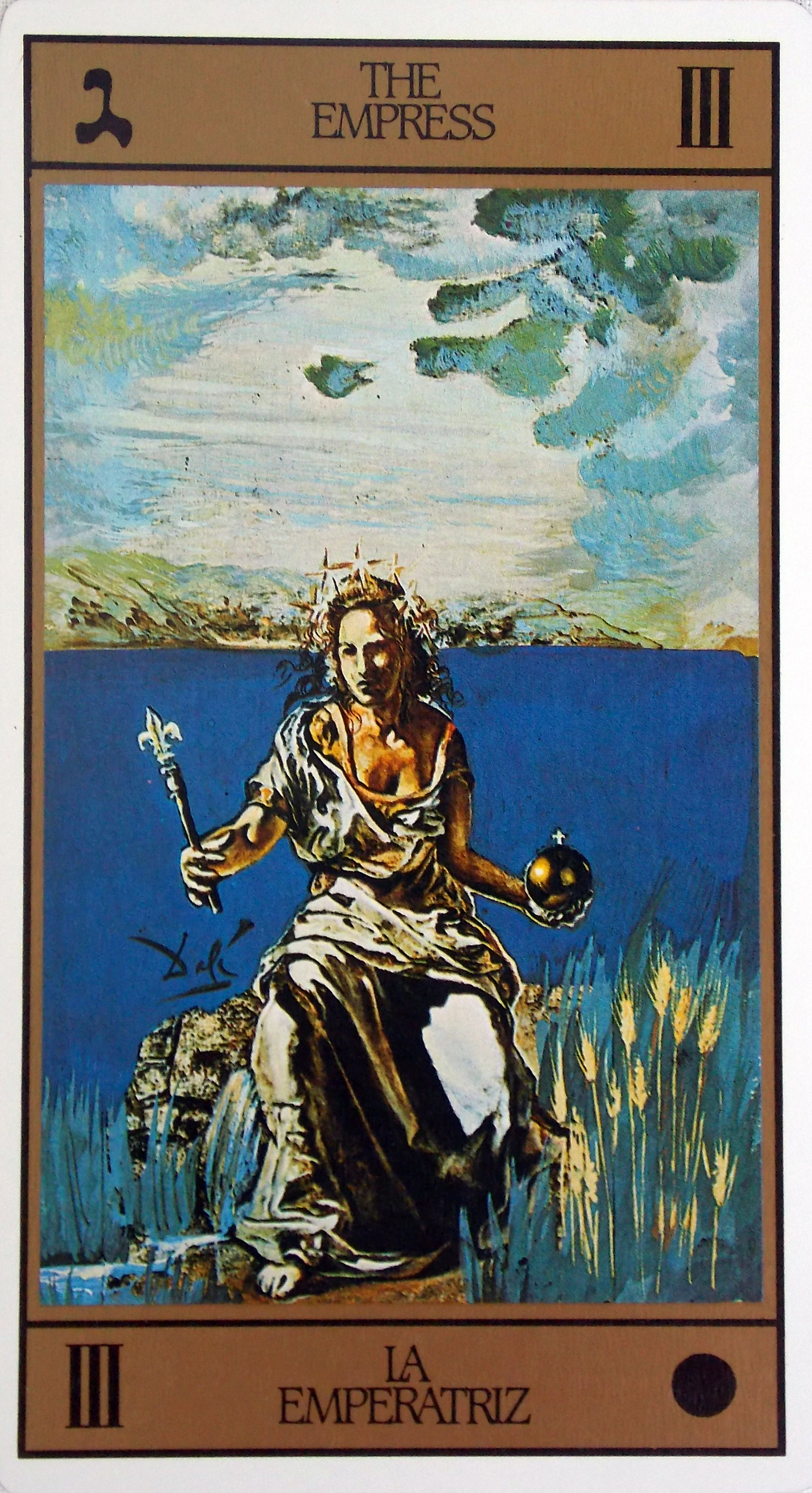 At healthy levels: Givers are selfless caregivers who are fulfilled by freely giving . They’re comfortable with balancing their own needs with others’ needs.   They acknowledge when others require space and room to grow. They recognize their own self-worth and can guide others towards theirs as well. Givers understand the meaning of empathy.

At average levels: Givers assume the martyr role and constantly seek ways to feel important by attending to others’ needs. They feel fulfilled when others remind them how grateful they are to have them in their lives, and work hard to maintain this image of the constantly accessible friend. They may use flattery or compliments in order to gain acceptance and appreciation within a community or relationship. They’re hypersensitive to the approval and appraisal of others, especially those they truly care about.  They are prone to gossip.

At unhealthy levels: Givers fall into a pit of self-despair and criticism—constantly looking for others’ faults and wrongdoings. And they will broadcast others failings as they perceive them as often as they can.  They even enjoy making trouble by disclosing ‘secrets’ they were trusted with.  They try to gain control over relationships and may become either overly clingy or overbearing. They make excuses for every mistake, often deny responsibility and often play the victim in order to gain sympathy and reassurance. Finally, they unleash their manipulative side, and mindlessly blame other people for their suffering and misery. They are often ill.

At their very worst the Empress - the number two is as steely hard and manipulative as the Emperor.