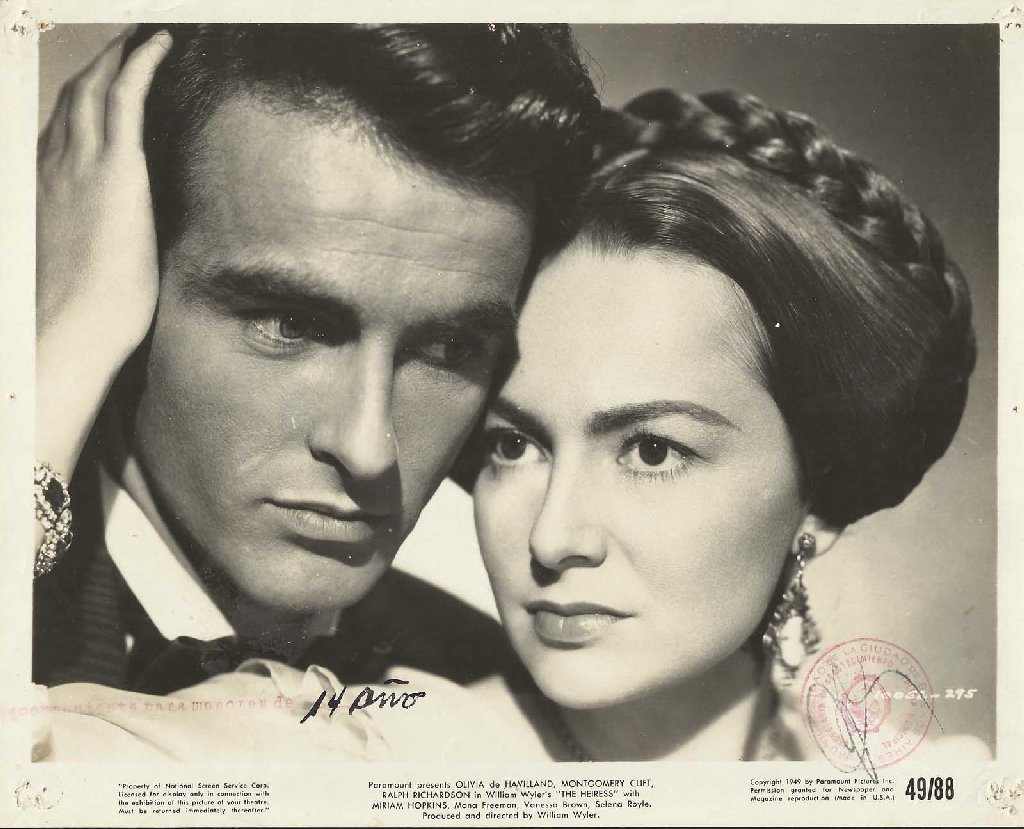 "The Heiress" is a 1948 Paramount Pictures film directed by William Wyler. Olivia de Havilland, who received a much deserved Oscar for her performance, is supported by such established stars as Montgomery Clift, Sir Ralph Richardson, Miriam Hopkins and Mona Freeman.

Aaron Copland received an Oscar for his original score, but refused to accept the statuette because his main title music had been tampered with [Wyler instructed Nathan Van Cleve, another Paramount composer, to substitute J.P.E. Martini's "Plaisir d'amour" for much of Copland's music under the credits].

This recording features Leonard Slatkin [whose parents performed in many recordings featuring scores composed by others for films in which Olivia de Havilland appeared] conducting the St Louis Symphony Orchestra. Recording © 1994 BMG Music.

If the situation dictated, as it did with his film scores, Copland could work quickly. Otherwise, he tended to write slowly whenever possible. ‘Even with deliberation’.  But we should not assume that his film music is any the less by being written in a hurry.  Copland would simply take past ‘nuggets’ and incorporate them.

From No Minor Chords – Andre Previn

Perhaps the only major American composer to beat this rap was Aaron Copland, whose scores for Of Mice and Men, The Red Pony, and The Heiress elevated those films by considerable notch. However, even this dean of American composers had his title music for Heiress rewritten by contract studio orchestrator, and it is fascinating to listen to this film when it surfaces on television. It begins with music under the credits; music that is slick, pretty, and utterly vapid. Then, suddenly, approximately two minutes along, there is a gearshift, and Copland's music takes over, spare and angular and gorgeous. It's like suddenly finding a diamond in a can of Heinz beans.