Bruce Chatwin – On instinct and aggression 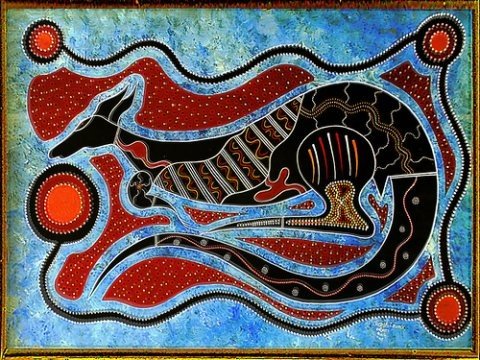 This observation has nothing to do with Australian aboriginals!!  But all of Bruce Chatwin's other observations are under this heading, as he writes about them as a people, as such it is a way of keeping his observations together!

A world shorn of instinct would be a far more deadly and dangerous place than anything the aggression mongers could come up with, for here would be Limbo Land where everything could be capped by something else; good could be bad; sense, nonsense; truth, lies; knitting no more moral than child murder; and when a man might be brain washed into thinking or saying or doing whatever might be pleasing to the powers that be.

A torturer can cut off a man’s nose; but if the man gets a chance to breed, his child will be born with a nose; so with instinct.

A core of unmodifiable instinct in man means that the brain washers must begin their work of distortion over and over again, with each individual each generation – and this in the end, is a very wearisome business.............................

Aggression, as Lorenz defined it was the instinct in animals and man to seek out and fight – though not necessarily to kill – a rival of its own kind.  Its function was to ensure the equable distribution of species over its habitat and that the genes of the fittest passed to the next generation.  Fighting behaviour was not a reaction but a ‘drive’ or appetite – which like the drives of hunger or sex, would build up and demand expression either onto the natural object or if none were available on to a scapegoat
...................................................

[Konrad Lorenz] specialised, as a zoological student in Vienna,  in the comparative anatomy of ducks and geese; only to realise that they, in common with all other animals, inherited ‘blocs’ or ‘paradigms’ of instinctive behaviour … The courtship ritual of a mallard drake was a set piece.  The bird would wag its tail, shake its head, bob forward, crane its neck – performing a sequence of movements which once triggered off, would run their predictive course and were no more separable from its nature than its webbed feet or glossy green head