In 1916, Thomson left for Algonquin Park earlier than any previous year, evidenced by the many snow studies he produced at this time. In April or early May, MacCallum, Harris and his cousin Chester Harris joined Thomson at Cauchon Lake for a canoe trip. After MacCallum and Chester left, Harris and Thomson paddled together to Aura Lee Lake.

Thomson produced many sketches which varied in composition, although they all had vivid colour and thickly-applied paint. MacCallum was present when he painted his Sketch for "The Jack Pine", writing that the tree fell over onto Thomson before the sketch was completed. He added that Harris thought the tree killed Thomson, "but he sprang up and continued painting"

Below initial sketch for Jack pine and then main entry the final painting. 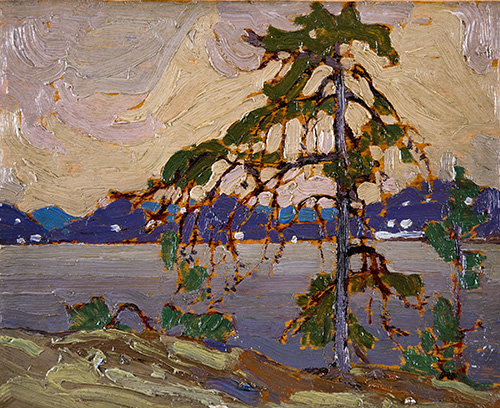 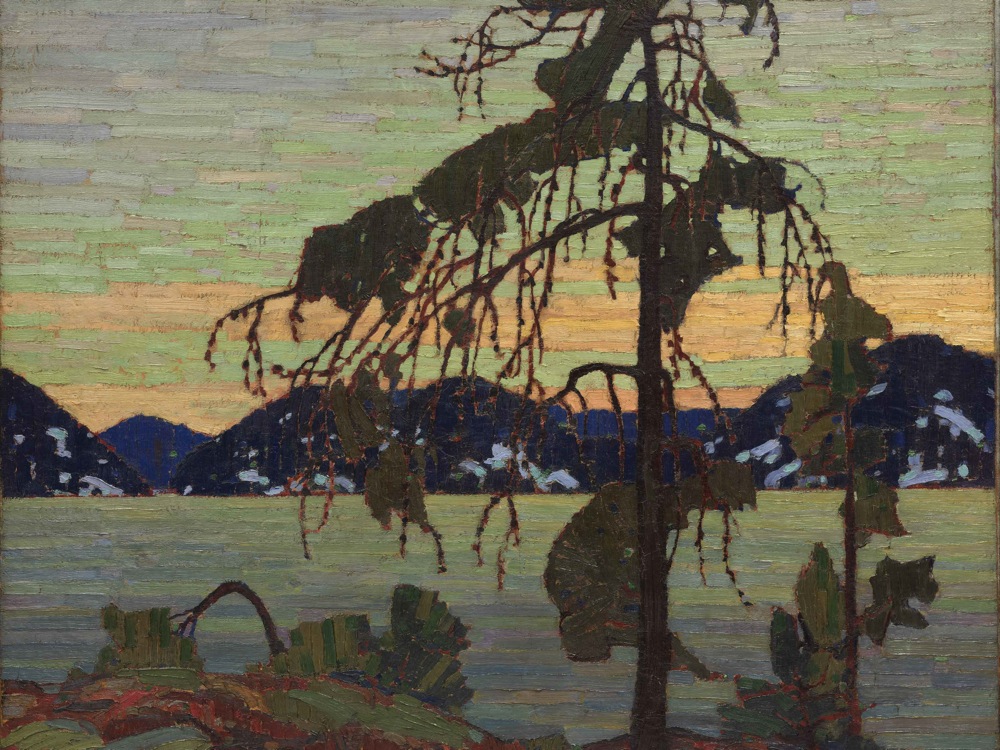