The Story of Burnt Njal - Swan 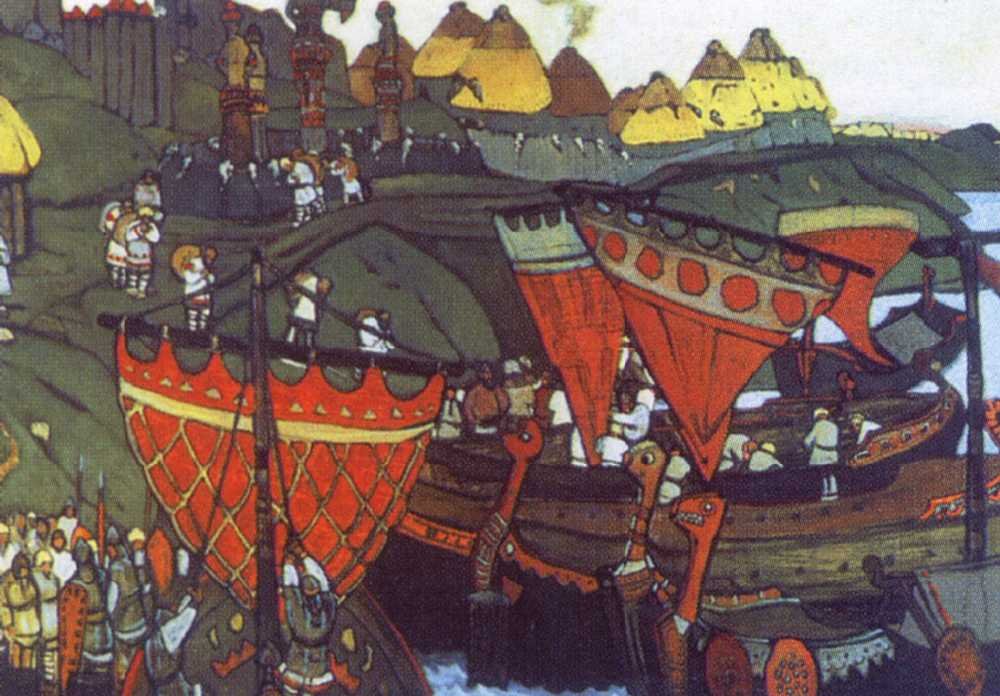 There was a man named Swan, who dwelt in Bearfirth, which lies north from Steingrimsfirth. This Swan was a great wizard, and he was Hallgerda's mother's brother. He was quarrelsome, and hard to deal with, but Hallgerda asked him to the feast, and sends Thiostolf to him; so he went, and it soon got to friendship between him and Swan.

Now Swan began to speak, and gasped much. "Now Oswif's fetches are seeking us out." Then up sprung Thiostolf, but Swan said, "Go thou out with me, there won't be need of much". So they went out both of them, and Swan took a goatskin and wrapped it about his own head, and said, "Become mist and fog, become fright and wonder mickle to all those who seek thee".

Now, it must be told how Oswif, his friends, and his men are riding along the ridge; then came a great mist against them, and Oswif said, "This is Swan's doing; 'twere well if nothing worse followed". A little after a mighty darkness came before their eyes, so that they could see nothing, and then they fell off their horses' backs, and lost their horses, and dropped their weapons, and went over head and ears into bogs, and some went astray into the wood, till they were on the brink of bodily harm. Then Oswif said, "If I could only find my horse and weapons, then I'd turn back"; and he had scarce spoken these words than they saw somewhat, and found their horses and weapons.