The tiger has been strongly associated with Korean people and Korean culture. It appears in not only the Korean foundation mythology but also in folklore, as well as a favorite subject of Korean art such as painting and sculpture. The mascot of the 1988 Summer Olympics held in Seoul, South Korea is Hodori, a symbolized tiger to represent Korean people.

Regarded by many as the divine spirit that guards the West, people in Korea consider the white tiger as a sacred creature in local folklore.

A tiger that has overcome trials and tribulations and understands the world is known to turn white, becoming a white tiger. Although it is a sacred creature that doesn’t harm people, it becomes angry when the ruler of the country conducts evil and inhumane deeds. Therefore, it has been told that powerful people become humble and rich people become generous when a white tiger appears. 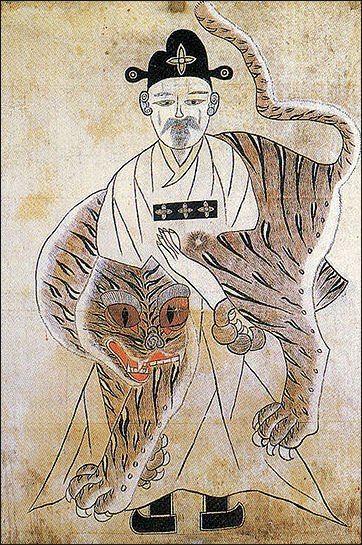