Seurat made summer trips to coastal towns (Le Crotoy, Honfleur, Gravelines). In 1889, he traveled to Belgium, where he exhibited at the Salon des Vingt in Brussels. After returning from this trip, he met Madeleine Knobloch, a 20-year-old model, and started secretly living with her. When Madeleine became pregnant with his child, they moved from his studio at 128 bis Boulevard de Clichy to a tiny room measuring 5 meters square in a quiet courtyard off the Passage de l'Elysee-des-Beaux-Arts. Seurat acknowledged the paternity of his son born on February 16, 1890, and entered the name of the child in the civil registers as Pierre Georges. At his exhibition in the Salon des Indépendants the same year, he showed his only known portrait of Madeleine Knobloch: Young Woman Powdering Herself. Yet, his family and close friends were still completely unaware of his mistress and child.

Seurat concealed his relationship with Madeleine Knobloch (or Madeleine Knoblock, 1868–1903), an artist's model whom he portrayed in his painting Jeune femme se poudrant. In 1889 she moved in with Seurat in his studio on the seventh floor of 128 bis Boulevard de Clichy.

When Madeleine became pregnant, the couple moved to a studio at 39 passage de l'Élysée-des-Beaux-Arts (now rue André Antoine). There she gave birth to their son, who was named Pierre-Georges, 16 February 1890.

Seurat died in Paris in his parents' home on 29 March 1891 at the age of 31. His son died two weeks later from the same disease.  At the time of Seurat's death, Madeleine was pregnant with a second child who died during or shortly after birth. 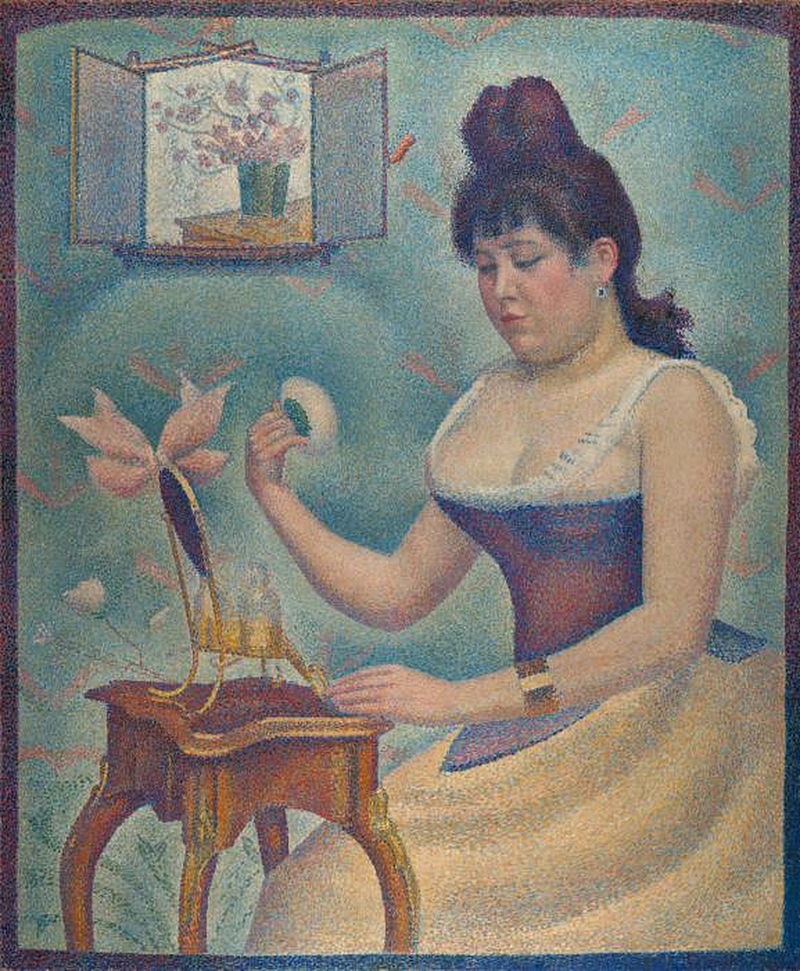