Seurat spent 1883 working on his first major painting—a large canvas titled Bathers at Asnières, a monumental work showing young men relaxing by the Seine in a working-class suburb of Paris. Although influenced in its use of colour and light tone by Impressionism, the painting with its smooth, simplified textures and carefully outlined, rather sculptural figures, shows the continuing impact of his neoclassical training; ……. Seurat departed from the Impressionist ideal by preparing for the work with a number of drawings and oil sketches before starting on the canvas in his studio.

Bathers at Asnières was rejected by the Paris Salon, and instead he showed it at the Groupe des Artistes Indépendants in May 1884. Soon, however, disillusioned by the poor organisation of the Indépendants, Seurat and some other artists he had met through the group – including Charles Angrand, Henri-Edmond Cross, Albert Dubois-Pillet and Paul Signac – set up a new organisation, the Société des Artistes Indépendants. Seurat's new ideas on pointillism were to have an especially strong influence on Signac, who subsequently painted in the same idiom.

Fénéon as quoted by John Rewald, in Georges Seurat', a monograph

I had been in Paris for three years, I had been to all the museums, to Durand-Ruel's gallery and to all the last exhibitions of the old guard impressionists, when Seurat's art was revealed to me [in Paris, 1884] by [his large painting] 'The Bathers (Une Baignade) (Asnieres)', which I saw in the canteen of the Salon des Artistes Independants.

Although I did not commit myself in writing, I then completely realized the importance of this painting; the masterpieces which were the logical consequences of it followed, without bringing me again the spice of surprise. I think it was at the famous 'Eight Exhibition of Paintings' in the rue Laffitte [in Paris] that I first saw and became acquainted with Seurat and the painters he influenced. 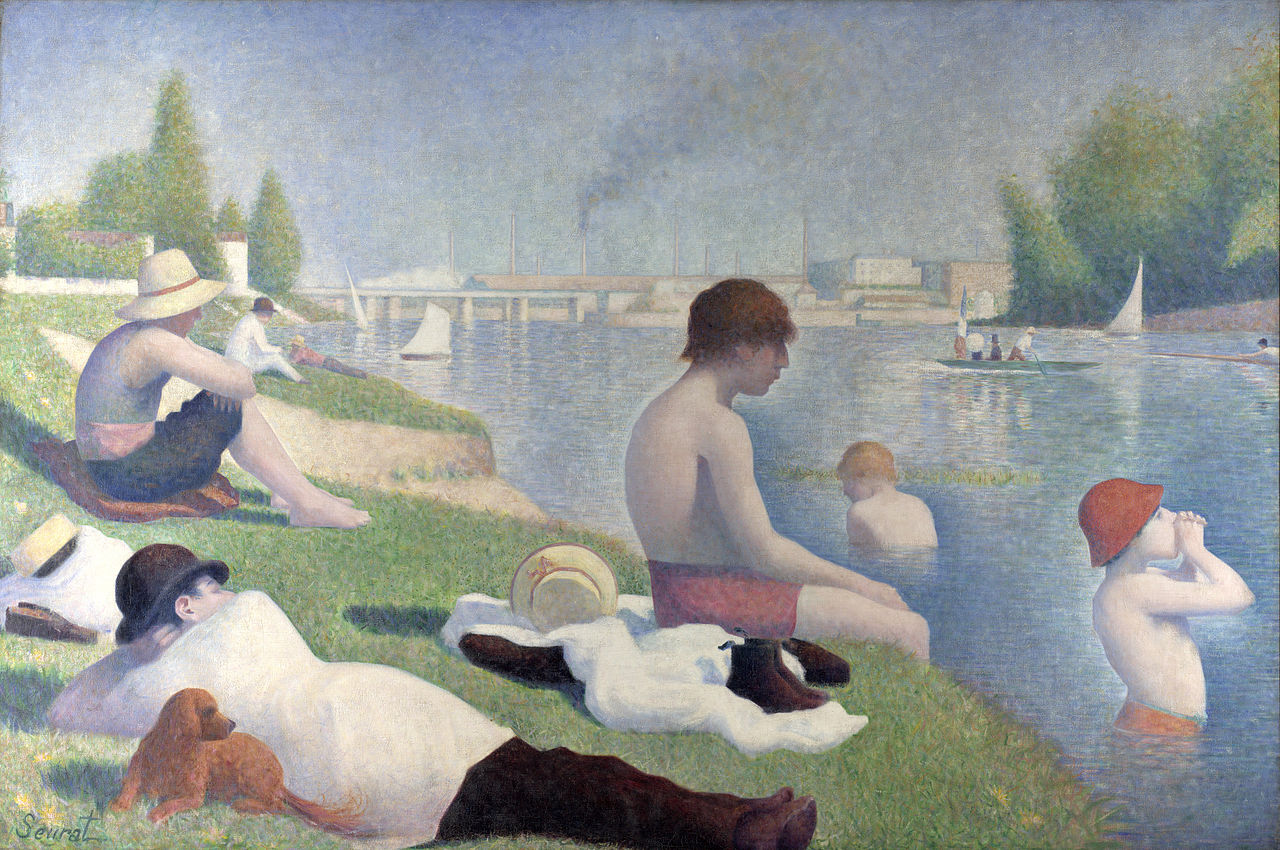