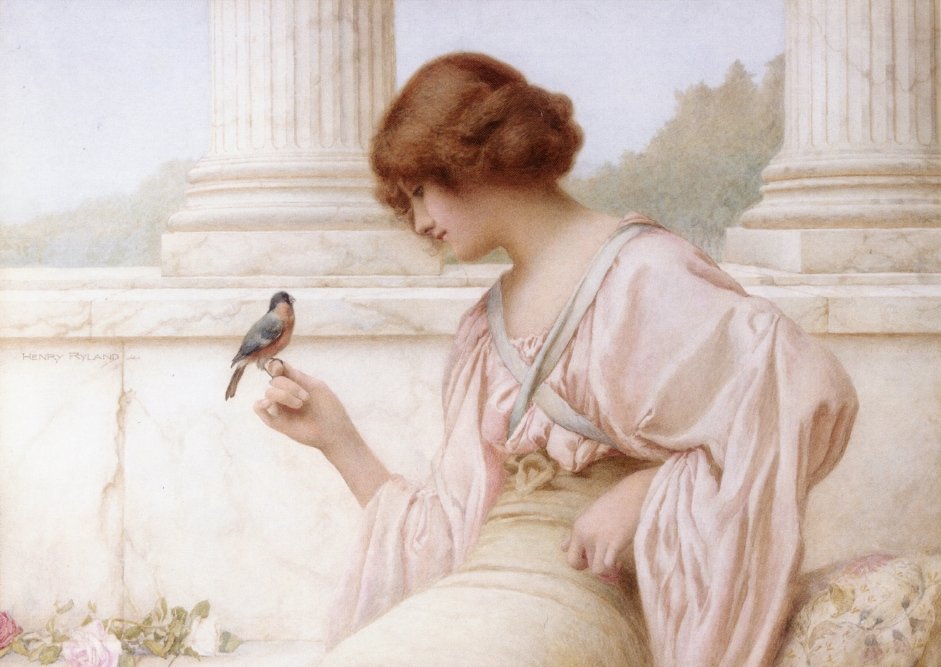 Wooing, no longer: wooing will not be the form of your cry, voice that’s outgrown it:
true, you would cry pure as a bird,
when the season lifts him, the ascending one, almost forgetting
that he is a suffering creature, and not just a solitary heart
that it flings into brightness, to intimate heavens.
Like him, you also, would be wooing no less – so that, still invisible,
some girl would sense you, the silent one, in whom a reply
slowly wakes and grows warm, as she listens –
the glowing feeling mated to your daring feeling.

Oh and the Spring-time would comprehend – there is no place
that would not echo its voice of proclamation.
First the tiny questioning piping, that a purely affirmative day
surrounds more deeply with heightened stillness.

Then up the stairway, the stairway of calling, up to
the dreamed-of temple of future - : then the trill, fountain
that in its rising jet already anticipates falling,
in promise’s play.......And the summer to come.
Not only the devotion of these unfolded forces,
not only the paths, not only the evening fields,
not only, after a late storm, the breathing freshness,
not only approaching sleep and a premonition, evenings...
also the nights! Also the high summer nights,
also the stars, the stars of this Earth!
O to be dead at last and know them eternally,
all the stars: for how, how, how to forget them!