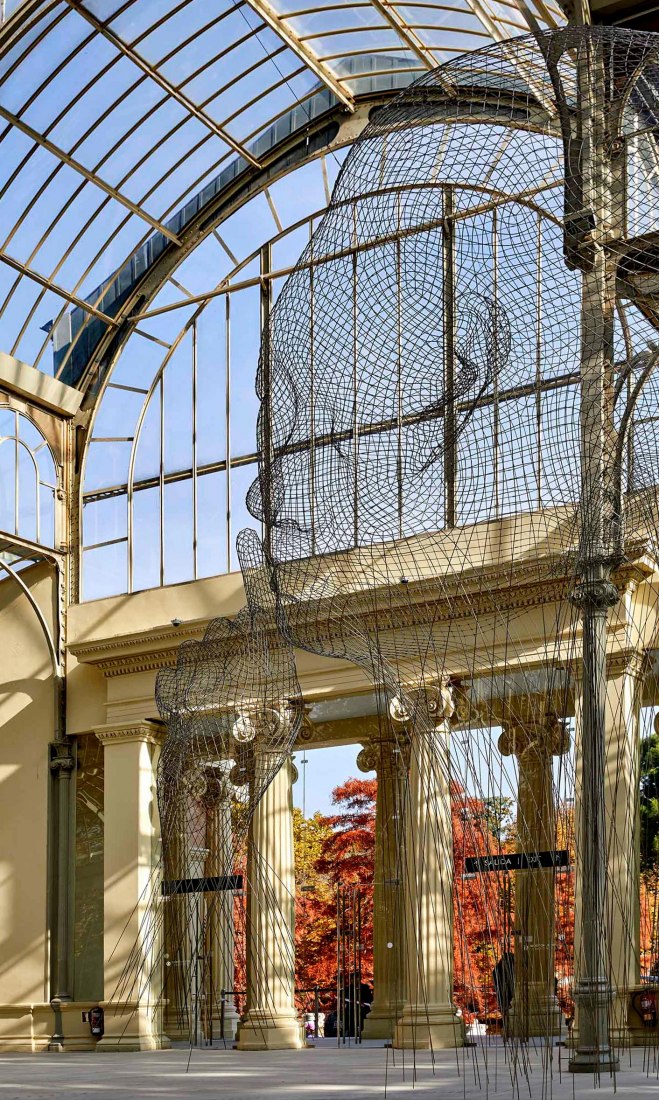 Throughout his career as a sculptor, Plensa has drawn on spirituality.  The use of wire in his sculptures helps him to convey the idea form is a sort of mirage, an image manufactured for us by the functions of our eyes.   In the end we do not know reality, we only perceive the output from a set of processes in the mind geared to our environment .  All is spirit and ultimately the apparent form we see is simply a concoction of the mind.

His wire sculptures are ghosts, ethereal , half here and half not.  Wander round the sculptures and they can, from some angles, almost disappear.

The exhibition that the Reina Sofía Museum opened at its headquarters in the Palacio de Cristal of the Retiro Park in Madrid, was designed specifically for this space by Plensa. The installation, has been titled by its author as Invisibles.  Most mystics believe that the world as we perceive it – via our 5 senses, - is constructed from mathematical shapes [Platonic solids] that are put together first to crystalline shapes, then the visual system smoothes the image for us.

As such the choice of the crystal palace is quite apt, the light it provides simply adds to the overall effect.
“Invisibles is formed by three heads that seem to be suspended in the Crystal Palace. Each of the pieces has a woman's name, Laura, Anna, Rui Rui. They have been made with metal mesh, which gives them greater or lesser corporeality depending on the daylight that crosses the pavilion of the Palacio de Cristal. In turn,  the architecture of the glass and iron building so emblematic of the madrileño park also appears to take n new forms.”

It is worth mentioning that a head without a body – beheaded – has great spiritual significance , as it means one has managed to conquer the bodily impulses and sensations and thus become pure mind.  It is a vital step on the way to enlightenment, and the peace it brings. 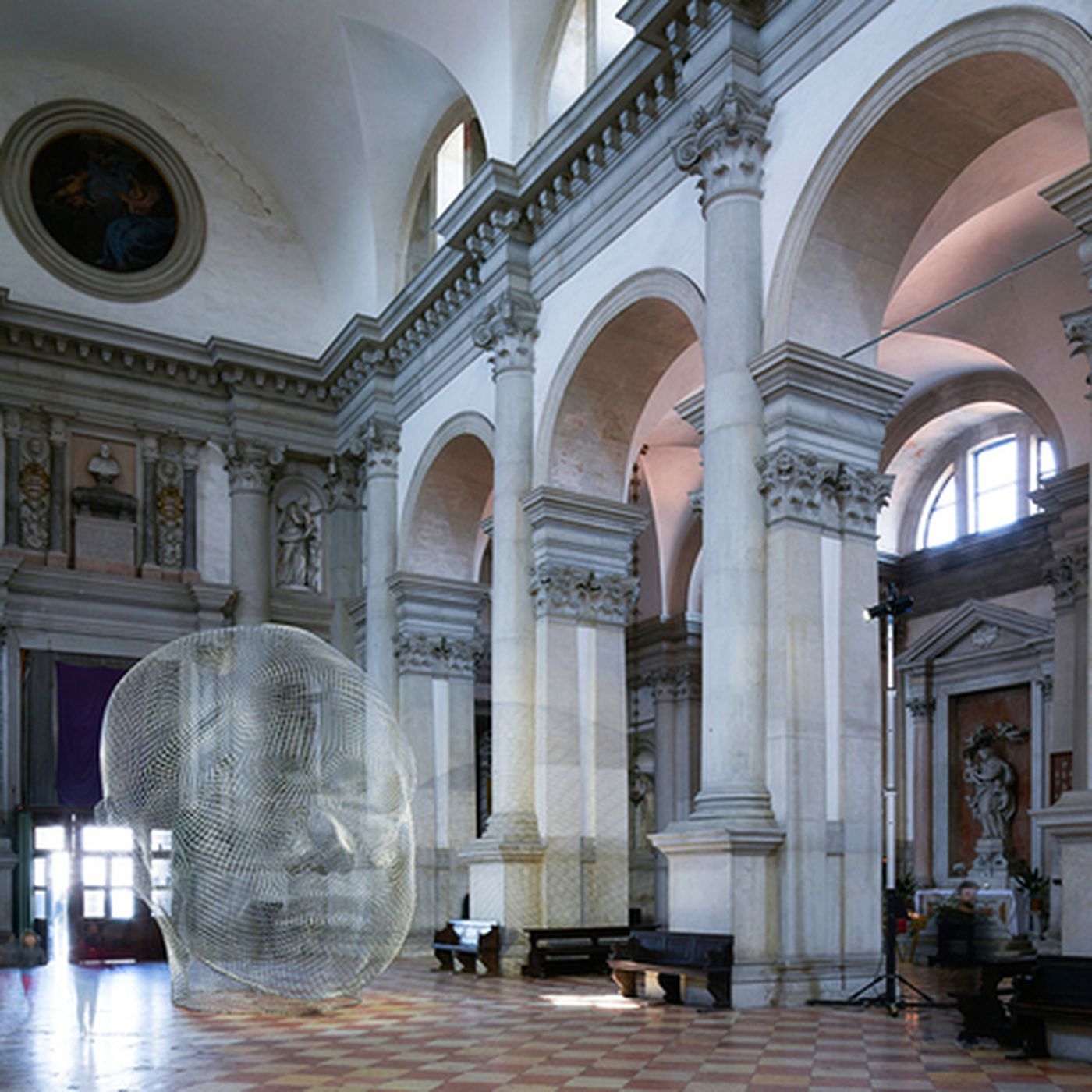 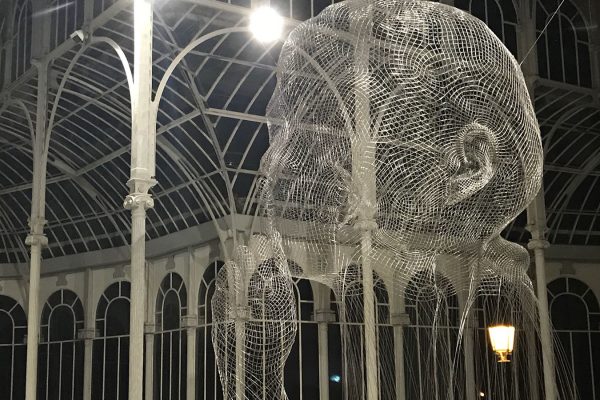 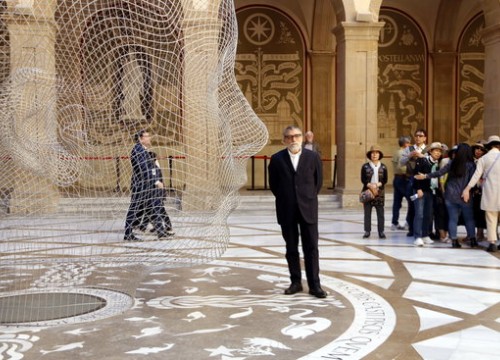 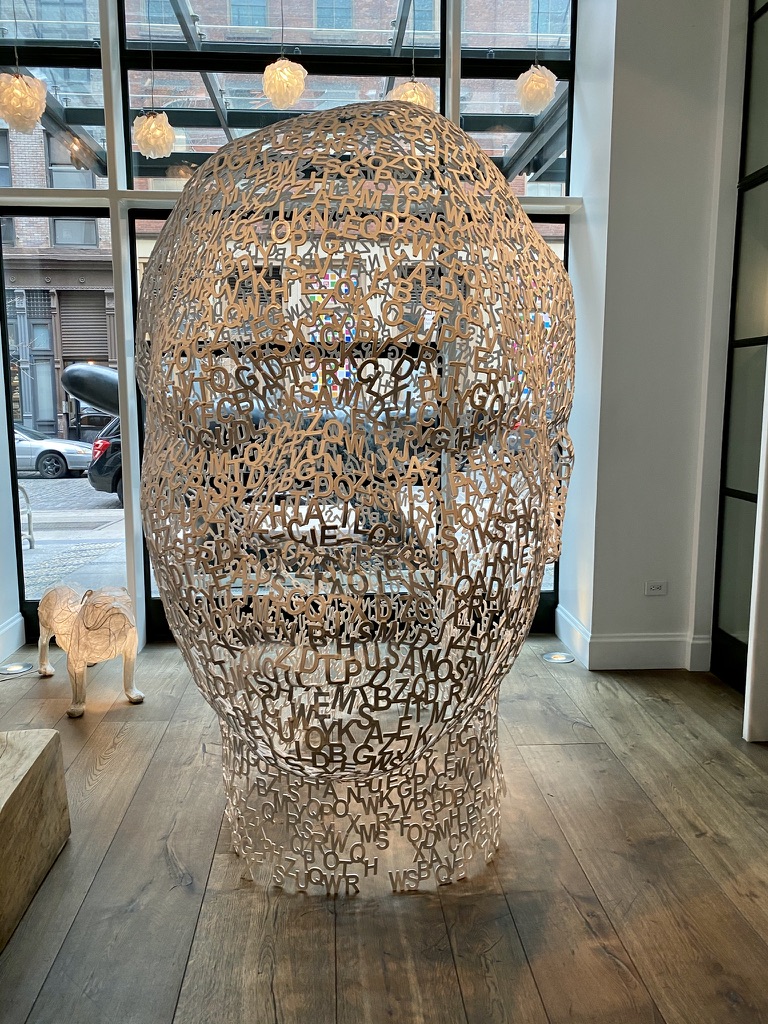