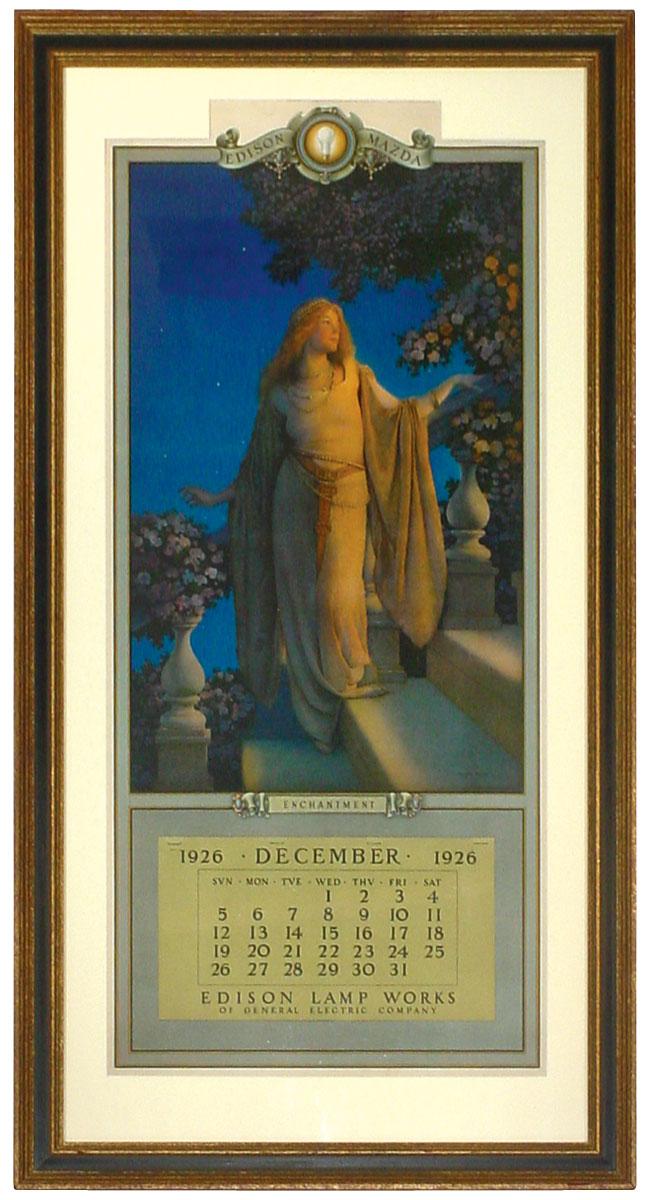 Parrish was asked by General Electric, via Forbes Lithograph Manufacturing Company of Boston, to design the 1918 Mazda Lamp calendar. Parrish agreed, and the calendar was so well received by the public that Parrish continued to illustrate the Mazda Lamp calendars for 17 years, until 1934. Most of the calendars were issued in two sizes, as large posters for business use and in a smaller size for public distribution.

Many families removed the date stamps and framed the Parrish prints.
Along with being a great colorist, Parrish was also a master in the use of shadow and light – the main reason that GE chose Parrish as the artist for the Mazda calendar series, whose general theme was light. Parrish generally chose his setting as early morning, light colors associated with these hours. When the setting was noontime, Parrish used trees, rocks, and mountains to provide the shadow in which deeper colors could appear. 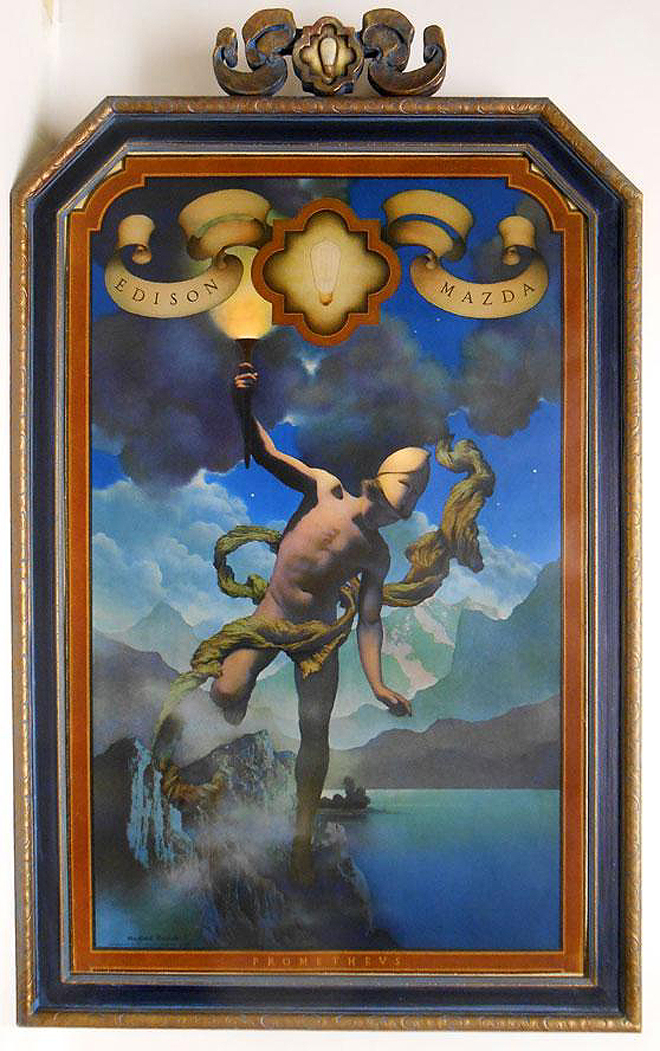 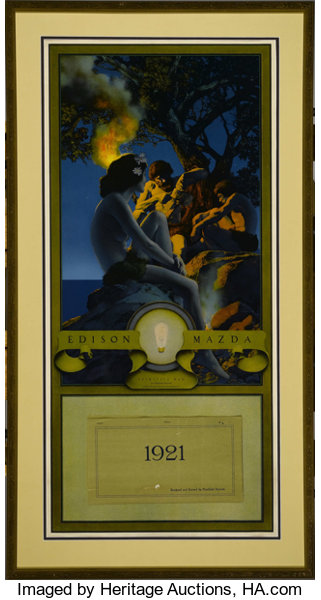