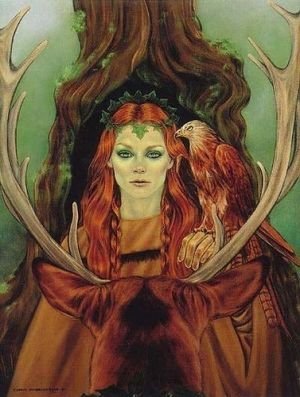 Despite recent [male] historians who appear to find the idea of a society run on matriarchal lines impossible to believe [despite the fact the UK has a Queen and has had two female prime ministers], there is every reason to believe that that is what Pictish society was.

In many mystic societies the head of all groups is the High Priestess – in other words a woman.  The woman is both the head of the spiritual movement and by definition a source of wisdom.  This old knowledge is reflected in the Tarot cards. 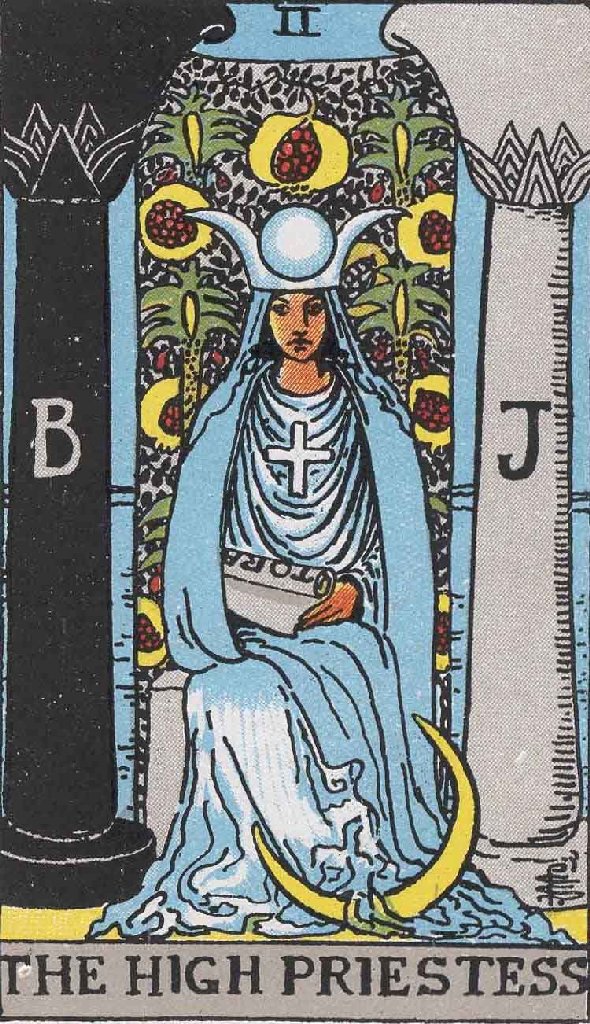 The High Priestess (II) is the second trump or Major Arcana card in most traditional Tarot decks.  [The Fool - saint -is numbered as 0 and thus the first; The Magician or Magus, is the second].

The High Priestess was a role in the Mysteries.  She was not the male equivalent of the Hierophant.  She was herself a 'goddess' having been through all the stages of the spiritual path and having become a goddess thereby.  Only someone in this unique position was capable of helping others through this final stage of the  Spiritual path, towards Annihilation.

T C Lethbridge – Painted Men
They were not savages, their floors were swept cleaner than in the villages of Roman Britain and their general economy was exactly the same.  They used the same tools for their weaving and ground their corn in the same type of hand-quern.  They were, however, free.  There was no civil servant to tell them what they may or may not do.  The women ruled the house; through them the rights of inheritance and kingship descended.  The men fought and worked and hunted, but they did not own.  We know this from their Chronicles and King Lists and from the writings of the English historian Bede………..

The venerable Bede described this in his History of the English Church and peoples, which was written in the 8th century, sometime after the Christian Church had been introduced along with the system of ‘kings’ that replaced that of the ‘queens’. Pictish society ceased to be matrilineal after Christianity had been introduced.

The Picts were a unified powerful movement capable of defending their faith on account of their matrilineal and exogomatic marriage system.  It appears, for example, that on marriage a number of families came with the potential husband and would change their name to that of the woman.

If we now take the Tarot card in the Rider Waite pack, you will also see that the symbol of the crescent moon is also very prominent in the painting - and Rider Waite understood hsi symbolism.  This same crescent moon is found on numerous Pictish stones in various guises sometimes coupled with the concept of the zig zag lightning symbol denoting spiritual experence. 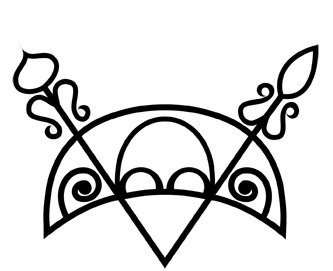