Morris, William - Sigurd the Volsung Book III – 014 Of the mighty Grief of Gudrun over Sigurd dead 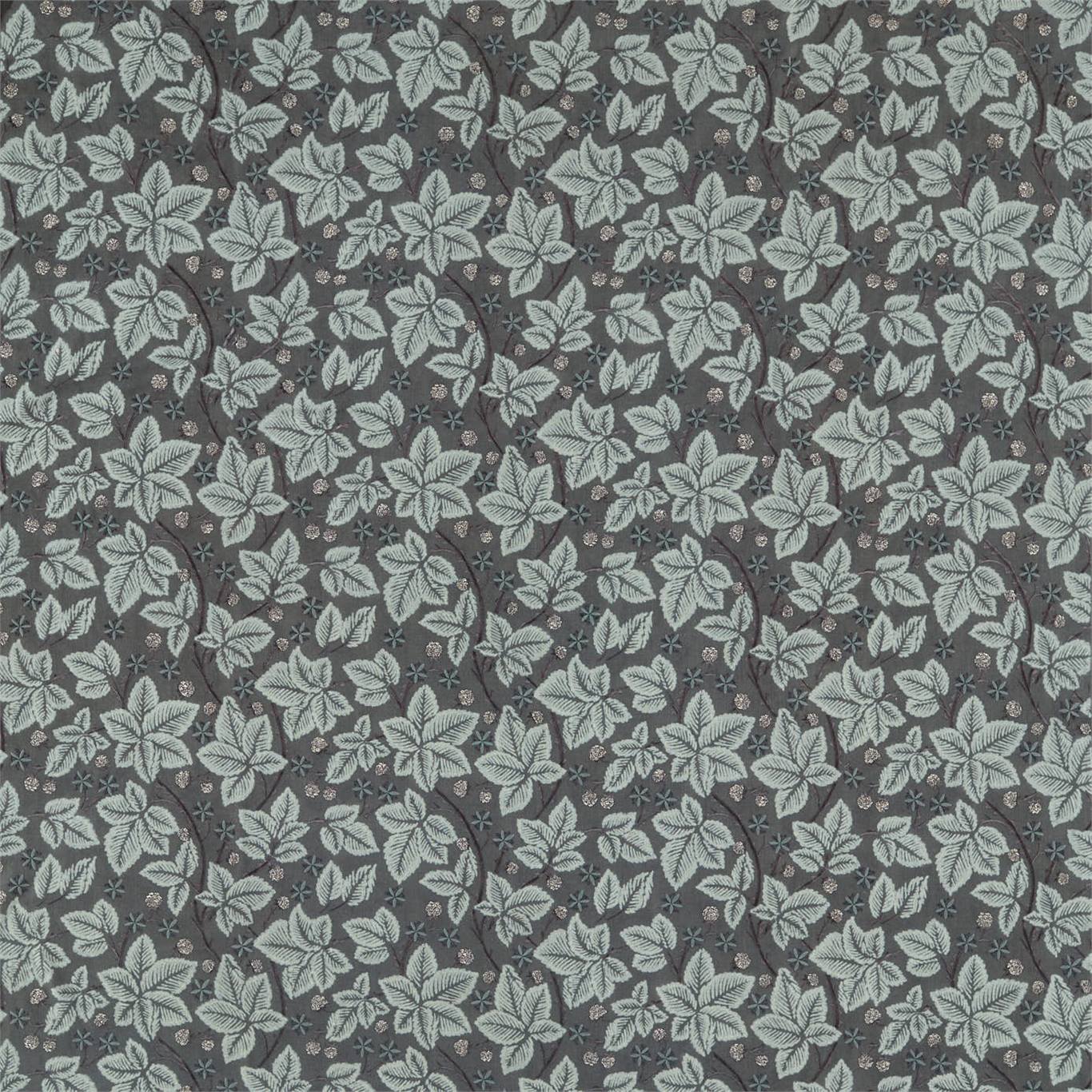 XIV. Of the mighty Grief of Gudrun over Sigurd dead

Of old in the days past over was Gudrun blent with the dead.
As she sat in measureless sorrow o'er Sigurd's wasted bed,
But no sigh came from her bosom, nor smote she hand in hand.
Nor wailed with the other women, and the daughters of the land ;

7403
Then the wise of the Earls beheld her, smit cold with her dread intent,
And they rose one after other, and before the Queen they went ;
Men ancient, men mighty in battle, men sweet of speech were there,
And they loved her, and entreated, and spake good words to hear :
But no tears and no lamenting in Gudrun's heart would strive

7408
With the deadly chill of sorrow that none may bear and live.

Now there were the King-folk's daughters, and wives of the Earls of war,
The fair, and the noble-hearted, the wise in ancient lore;
And they rose one after other, and stood before the Queen
To tell of their woes past over, and the worst their eyes had seen :

7413
There was Giaflaug, Giuki's sister, she was old and stark to see,
And she said :
"O heavyhearted, they slew my King from me :
Look up, O child of the Niblungs, and hearken mournful things
Of the woes of living man-folk and the daughters of the Kings !
Dead now is the last of my brethren; to the dead my sister went;

7418
My son and my little daughter in the earliest days were spent :
On the earth am I living loveless, long past are the happy days,
They lie with things departed and vain and foolish praise.
And the hopes of hapless people : yet I sit with the people's lords
When men are hushed to hearken the least of all my words.

7423
What else is the wont of the Niblungs ? why else by the Gods were they wrought,
Save to wear down lamentation, and make all sorrow nought ?"

No word of woe gat Gudrun, nor had she will to weep,
Such weight of woe was on her for the golden Sigurd's sleep :
Her heart was cold and dreadful ; nor good from ill she knew

7428
For the love they had taken from her, and the day with nought to do.

Then troth-plight maids forsaken, and never-wedded ones,
And they that mourned dead husbands and the hope of unborn sons,
These told of their bitterest trouble and the worst their eyes had seen ;
"Yet all we live to love thee, and the glory of the Queen.

7433
Look up, look up O Gudrun ! what rest for them that wail
If the Queens of men shall tremble, and the God-kin faint and fail?"

No voice gat Gudrun's sorrow, no care she had to weep ;
For the deeds of the day she knew not, nor the dreams of Sigurd's sleep :
Her heart was cold and dreadful ; nor good from ill she knew,

7438
Because of her love departed, and the day with nought to do.

Then spake a Queen of Welshland, and Herborg hight was she :
"O frozen heart of sorrow, the Norns dealt worse with me :
Of old, in the days departed, were my brave ones under shield,
Seven sons, and the eighth, my husband, and they fell in the Southland field :

7443
Yet lived my father and mother, yet lived my brethren four.
And I bided their returning by the sea-washed bitter shore :
But the winds and death played with them, o'er the wide sea swept the wave.
The billows beat on the bulwarks and took what the battle gave :
Alone I sang above them, alone I dight their gear

7448
For the uttermost journey of all men, in the harvest of the year :
Nor wakened spring from winter ere I left those early dead ;
With bound hands and shameful body I went as the sea-thieves led :
Now I sit by the hearth of a stranger; nor have I weal nor woe.
Save the hope of the Niblung masters and the sorrow of a foe."

7453
No wailing word gat Gudrun, no thought she had to weep
O'er the sundering tide of Sigurd, and the loved lord's lonely sleep :
Her heart was cold and dreadful ; nor good from ill she knew,
Since her love was taken from her and the day of deeds to do.

Then arose a maid of the Niblungs, and Gullrond was her name,

7458
And betwixt that Queen of Welshland and Gudrun's grief she came :
And she said : "O foster-mother, O wise in the wisdom of old,
Hast thou spoken a word to the dead, and known them hear and behold?
E'en so is this word thou speakest, and the counsel of thy face."

All heed gave the maids and the warriors, and hushed was the spear-thronged place,

7463
As she stretched out her hand to Sigurd, and swept the linen away
From the lips that had holpen the people, and the eyes that had gladdened the day;
She set her hand unto Sigurd, and turned the face of the dead
To the moveless knees of Gudrun, and again she spake and said :

"O Gudrun, look on thy loved-one ; yea, as if he were living yet

7468
Let his face by thy face be cherished, and thy lips on his lips be set!"

7473
She gazed and the woe gathered on her, so exceeding far away
Seemed all she once had cherished from that which near her lay ;
She gazed, and it craved no pity, and therein was nothing sad,
Therein was clean forgotten the hope that Sigurd had :
Then she looked around and about her, as though her friend to find,

7478
And met those woeful faces but as grey reeds in the wind,
And she turned to the King beneath her and raised her hands on high.
And fell on the body of Sigurd with a great and bitter cry ;
All else in the house kept silence, and she as one alone
Spared not in that kingly dwelling to wail aloud and moan ;

7483
And the sound of her lamentation the peace of the Niblungs rent.
While the restless birds in the wall-nook their song to the green leaves sent;
And the geese in the home-mead wandering clanged out beneath the sun ;
For now was the day's best hour, and its loveliest tide begun.

Long Gudrun lay on Sigurd, and her tears fell fast on the floor

7488
As the rain in midmost April when the winter-tide is o'er,
Till she heard a wail anigh her and how Gullrond wept beside,
Then she knew the voice of her pity, and rose upright and cried :

"O ye, e'en such was my Sigurd among these Giuki's sons.
As the hart with the horns day-brightened mid the forest-creeping ones ;

7493
As the spear-leek fraught with wisdom mid the lowly garden grass ;
As the gem on the gold band's midmost when the council cometh to pass.
And the King is lit with its glory, and the people wonder and praise.
— O people, Ah thy craving for the least of my Sigurd's days !
O wisdom of my Sigurd ! how oft I sat with thee,

7498
Thou striver, thou deliverer, thou hope of things to be !
O might of my love, my Sigurd ! how oft I sat by thy side,
And was praised for the loftiest woman and the best of Odin's pride !
But now am I as little as the leaf on the lone tree left.
When the winter wood is shaken and the sky by the North is cleft"

7503
Then her speech grew wordless wailing, and no man her meaning knew ;
Till she hushed her swift and turned her; for a laugh her wail pierced through,
As a whistling shaft the night-wind in some foe-encompassed wood ;
And lo, by the nearest pillar the wife of Gunnar stood ;
There stood the allwise Brynhild 'gainst the golden carving pressed,

7508
As she stared at the wound of Sigurd and that rending of his breast :
But she felt the place fallen silent, and the speechless anger set
On her own chill, bitter sorrow ; and the eyes of the women met,
And they stood in the hall together, as they stood that while ago,
When they twain in Brynhild's dwelling of days to come would know :

7513
But every soul kept silence, and all hearts were chill as stone
As Brynhild spake :
"Thou woman, shall thine eyes be wet alone ?
Shalt thou weep and speak in thy glory, when I may weep no more.
When I speak, and my speech is as silence to the man that loved me sore?"

Then folk heard the woe of Gudrun, and the bitterness of hate :

7518
"Day cursed o'er every other ! when they opened wide the gate,
And Kings in gold arrayed them, and all men the joy might hear,
As Greyfell neighed in the forecourt the world's delight to bear.
And my brethren shook the world-ways as they rode to Brynhild's bower,
— An ill day — an evil woman — a most untimely hour !"

7528
And Greyfell's ruddy Burden, and the Treasure of renown,
And the rings that ye swore the oath on ! yea, if all avengers die,
May Earth, that ye bade remember, on the blood of Sigurd cry !
Be this land as waste as the troth plight that the lips of fools have sworn !
May it rain through this broken hall-roof, and snow on the hearth forlorn !

7533
And may no man draw anigh it to tell of the ruin and the wrack !
Yea, may I be a mock for the idle if my feet come ever aback,
If my heart think kind of the chambers, if mine eyes shall yearn to behold
The fair-built house of my fathers, the house beloved of old !"

Then she waileth out before them, and hideth her face from the day,

7543
But the wolves are about and around her, and death seems better than life.
And folding the hands and forgetting a merrier thing than strife;
And for long and long thereafter no man of Gudrun knows,
Nor who are the friends of her life-days, nor whom she calleth her foes.

But how great in the hall of the Niblungs is the voice of weeping and wail !

7548
Men bide on the noon's departing, men bide till the eve shall fail,
Then they wend one after other to the sleep that all men win.
Till few are the hall-abiders, and the moon is white therein.
And no sound in the house may ye hearken save the ernes that stir o'erhead.
And the far-off wail o'er Guttorm and the wakeners o'er the dead :

7553
But still by the carven pillar doth the all-wise Brynhild stand
A-gaze on the wound of Sigurd, nor moveth foot nor hand,
Nor speaketh word to any, of them that come or go
Round the evil deed of the Niblungs and the comer-stone of woe. 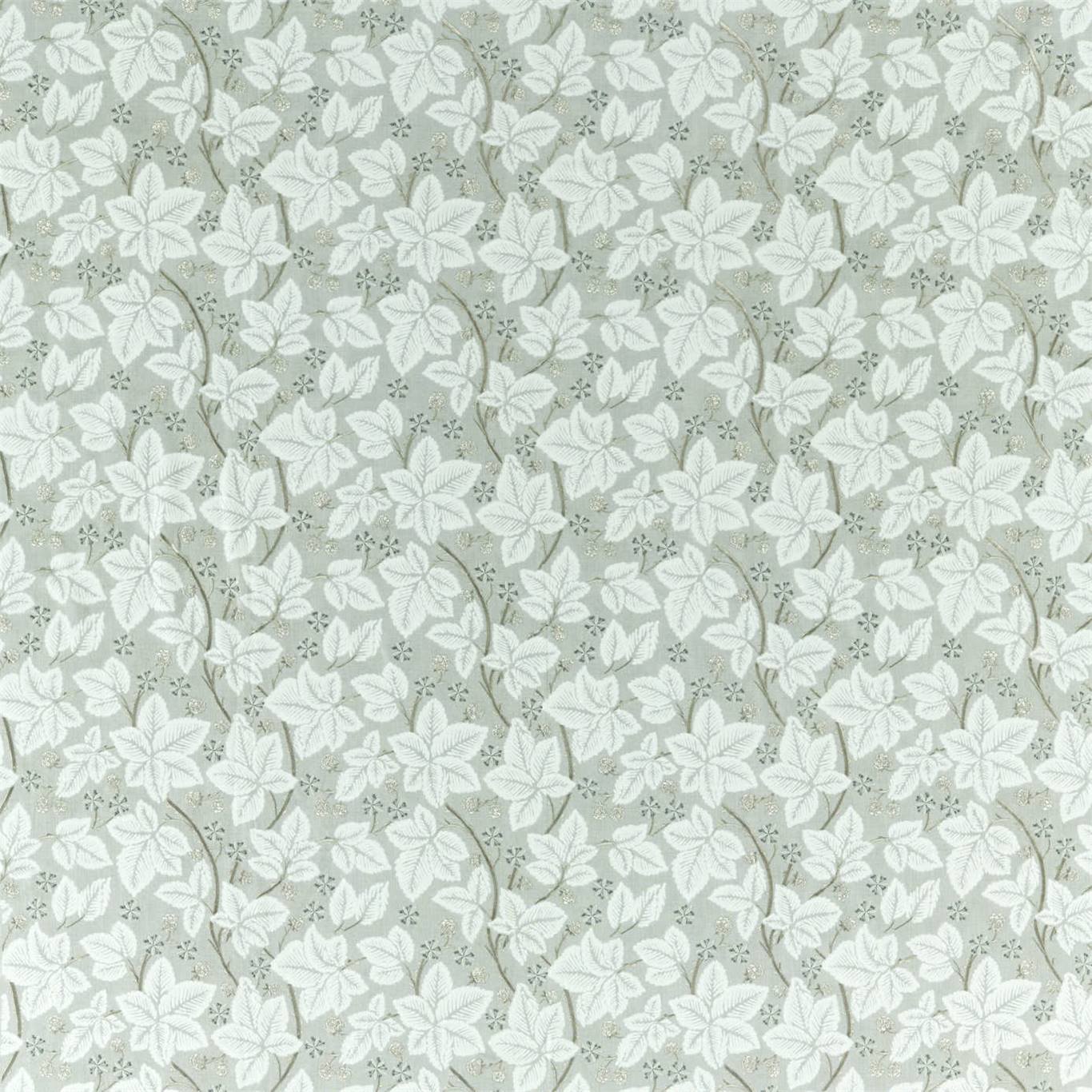