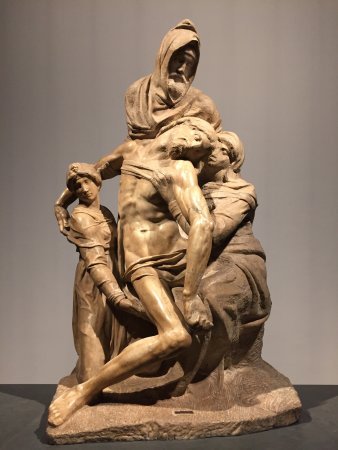 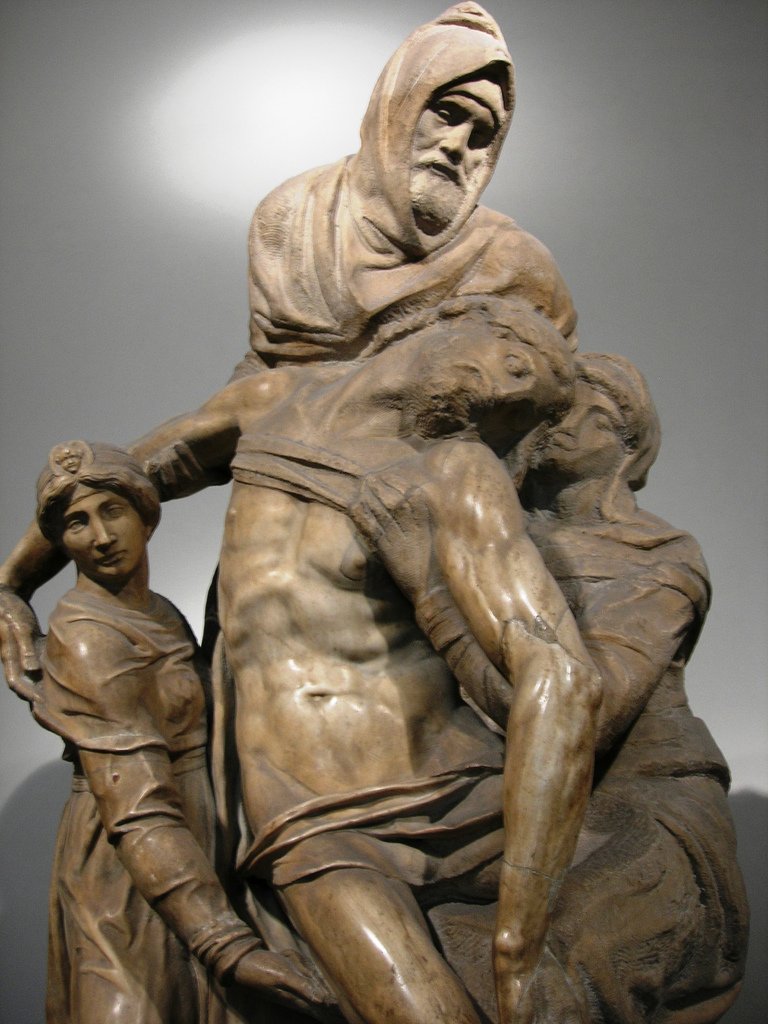 The Deposition (also called the Florence Pietà, the Bandini Pietà or The Lamentation over the Dead Christ) is a marble sculpture, on which Michelangelo worked between 1547 and 1555.  It depicts four figures: the dead body of Jesus Christ, newly taken down from the Cross, Nicodemus (or possibly Joseph of Arimathea), Mary Magdalene and the Virgin Mary. The face of Nicodemus under the hood is believed to be a self-portrait of Michelangelo himself.  The sculpture is housed in the Museo dell'Opera del Duomo in Florence.

Michelangelo began to work on the sculpture around the age of 72. Without commission, Michelangelo worked tirelessly into the night with just a single candle to illuminate his work.   After 8 years of working on the piece, Michelangelo attempted to destroy the work in frustration. This marked the end of Michelangelo's work on the piece and from there, the sculpture found its way to a man called Francesco Bandini, who hired an apprentice sculptor, by the name of Tiberius Calcagni to restore the work to its current composition. Since its inception, the piece has been the subject of numerous interpretations, with no one answer available. 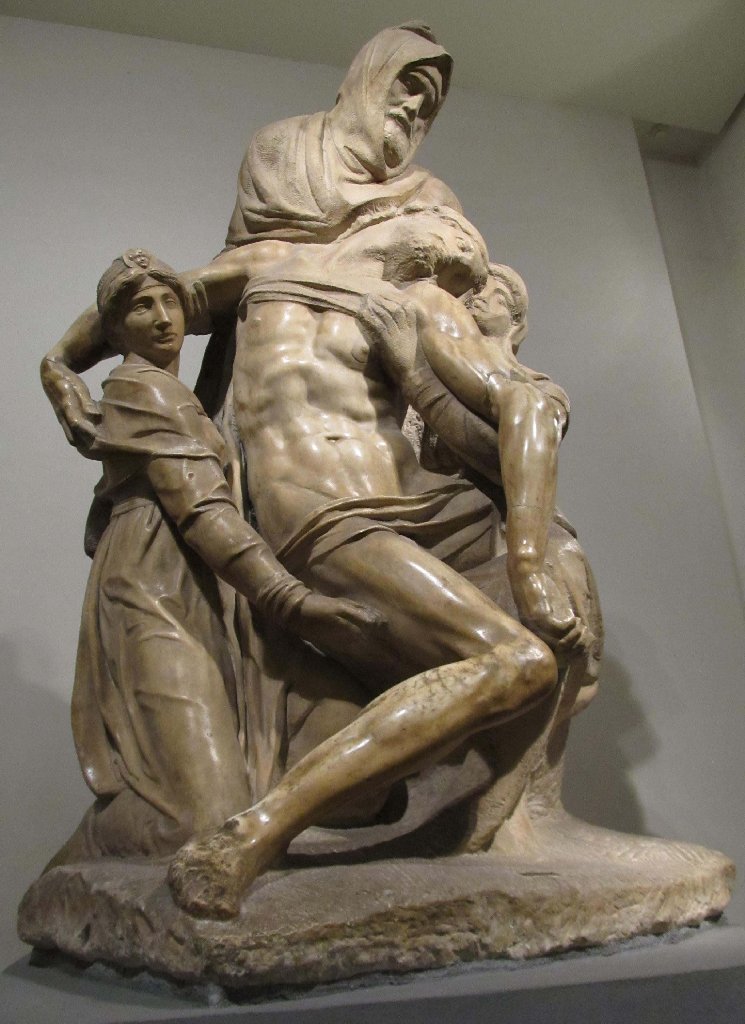