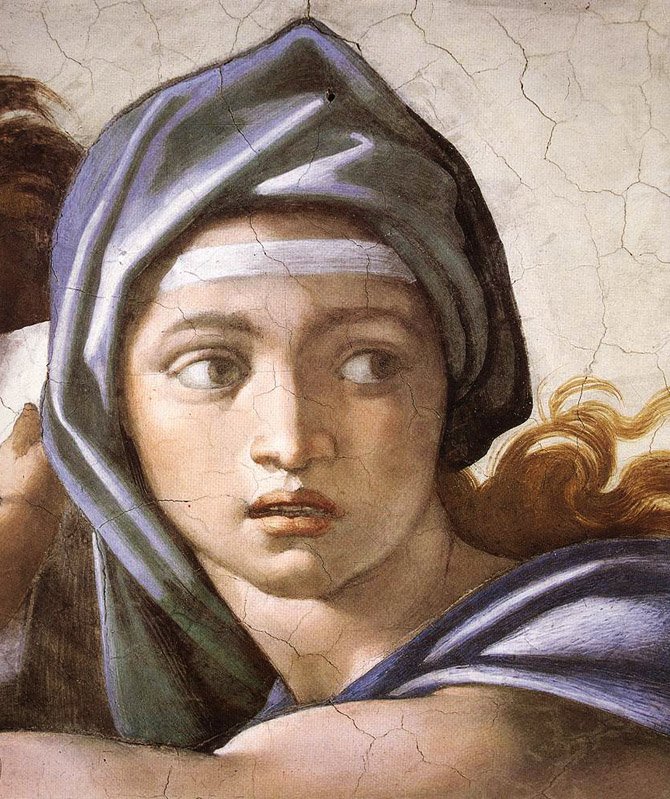 The Delphic Sibyl prophesied before the Trojan Wars (c. 11th century BC) and was mentioned by Pausanias writing in the 2nd century AD. The Sibyl would have predated the Pythia, the oracle and priestess of Apollo, originating from around the 8th century BC.

Pausanias said that this Sibyl was "born between man and goddess, daughter of sea monsters and an immortal nymph".  He said that the Sibyl came from the Troad to Delphi before the Trojan War, "in wrath with her brother Apollo", lingered for a time at Samos, visited Claros and Delos, and died in the Troad, after surviving nine generations of men. After her death, it was said that she became a wandering voice that still brought to the ears of men tidings of the future wrapped in 'dark riddles'.