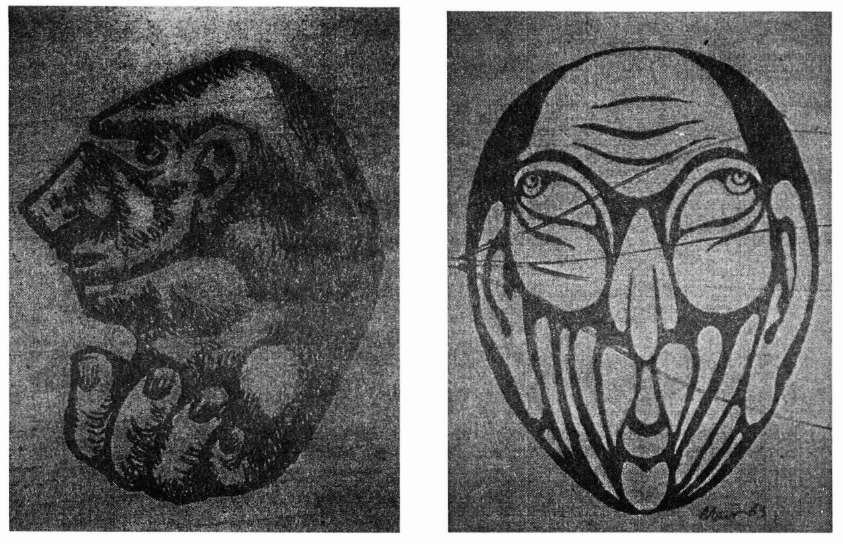 Propranolol and pindolol are potent, nonselective betaadrenergic blocking agents and are, therefore, widely used in the management of cardiovascular disorders, including cardiac arrhythmias. Along with their therapeutic success are a variety of potential central nervous system effects that include nightmares and hallucinations (Greenblatt & KochWeser 1973; Greenblatt & Shader 1972). The same type of side effects has been described with use of metoprolol, a cardioselective blocker. Although this side effect has been reported previously, it apparently has never been illustrated in any detail. The purpose of this article is to provide a description of these images, occurring during treatment with pindolol, as they were experienced by one patient who was uniquely qualified to report on them.

Shortly after use of pindolol was discontinued, the patient described his unique "dream" experience during its brief period of administration. He wrote the following letter to one of the authors (R.R.) in 1983:

If it would be of any clinical interest to you or some fellow cardiologists, I could record some of the images that Visken [pindolol] induced . They would be done in water-color or colored pencil, or both. PDR says they are "bizarre dreams."

They are not dreams as such. They are strictly images that appear, one after the other. One opens ones eyes to wipe them out. I've never had any hallucinatory drugs, so I don't know if there is any comparison. I do know that if I could record one tenth or even one percent of them I would be a modem Hieronymus Bosch. The fact that they disappear so readily makes it difficult to record many. The ones I have in mind I made particular note to remember in case you are interested .

One note on dreams . They have a sequence and a plot. These images are like slides instead of a movie.