In late 1907 the Knights moved to Cornwall, staying first in Newlyn, before moving to Lamorna. Here, alongside the artists Lamorna Birch and Alfred Munnings, they became central figures in the Newlyn artists colony.  By March 1908 both had work exhibited at the Newlyn Art Gallery.

By this time Harold Knight was an established professional portrait painter, however, as one can see, Laura’s portrait of her friend Lamorna Birch is beautifully executed and very sympathetic to the sitter and his children. Around Newlyn the Knights found themselves among a group of sociable and energetic artists, which appears to have allowed the more vivid and dynamic aspects of Laura's personality to come to the fore. 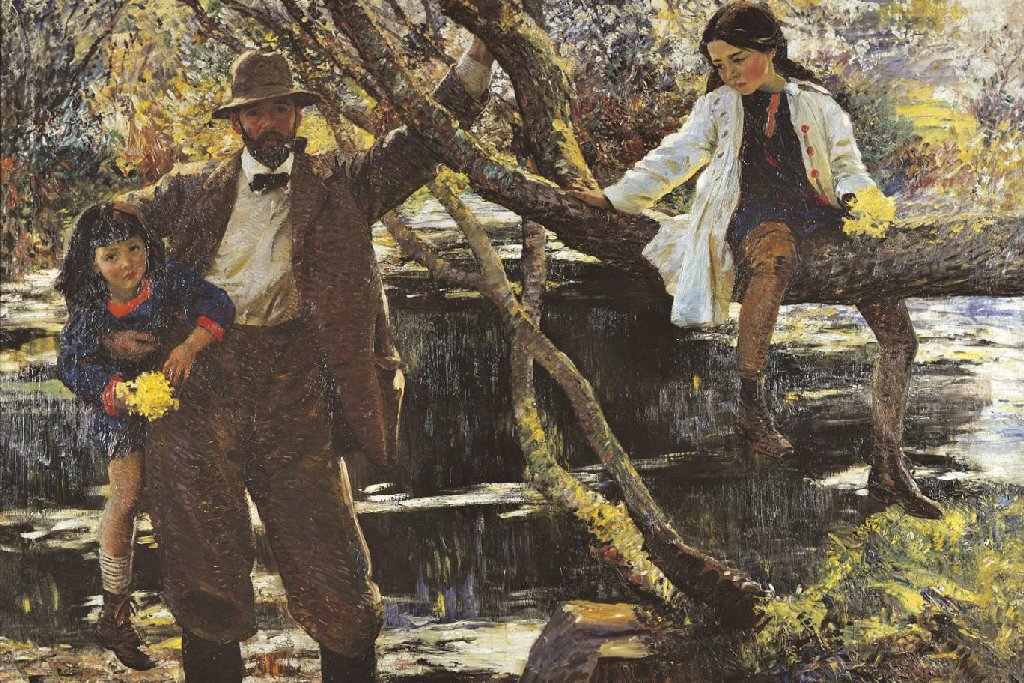 Samuel John "Lamorna" Birch, RA, RWS (7 June 1869 – 7 January 1955) was an English artist in oils and watercolours. Birch settled in Lamorna, Cornwall in 1892.  At the suggestion of fellow artist Stanhope Forbes, Birch adopted the soubriquet "Lamorna" to distinguish himself from Lionel Birch, an artist who was also working in the area at that time.  He was self-taught as an artist, except for a brief period of study at the Académie Colarossi in Paris during 1895.  He was attracted to Cornwall by the Newlyn group of artists, but he ended up starting a second group based around his adopted home of Lamorna.