Corporal J.D.M Pearson, GC, WAAF (1940) – shows the first woman to receive the Empire Gallantry Medal, Women's Auxiliary Air Force, Corporal Daphne Pearson. Although Pearson, at Knight's insistence, sat for the portrait holding a rifle, the finished painting shows her holding a respirator, as the WAAF were not allowed to carry arms on duty. 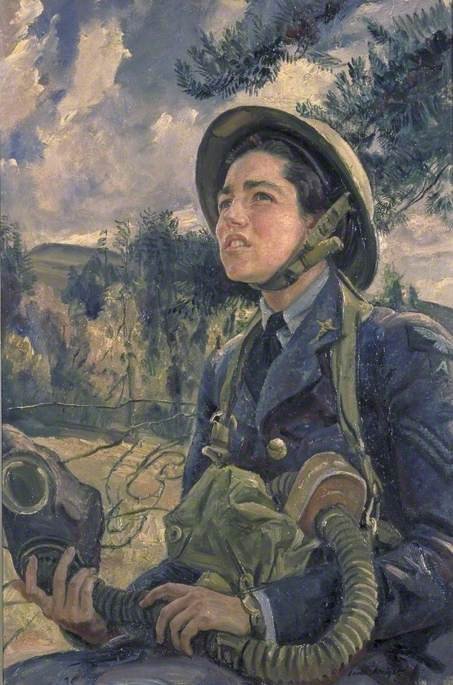 Shining pins that dart and click
In the fireside’s sheltered peace
Check the thoughts that cluster thick —
20 plain and then decrease.

He was brave — well, so was I —
Keen and merry, but his lip
Quivered when he said good-bye —
Purl the seam-stitch, purl and slip.

Hark! The paper-boys again!
Wish that shout could be suppressed;
Keeps one always on the strain —
Knit off 9, and slip the rest.