Eva was born the youngest of three children on 30 January 1876 in Cheltenham.  She was the daughter of Wine Merchant and local historian Clarence Mason Dobell.  She volunteered to join the Voluntary Aid Detachment (VAD) as a nurse in World War I. Her experiences in the VAD prompted her to write poetry about wounded and maimed soldiers. She also took part in the morale-boosting work of writing to prisoners of war.  She died on 3 September 1963 at the age of 87. 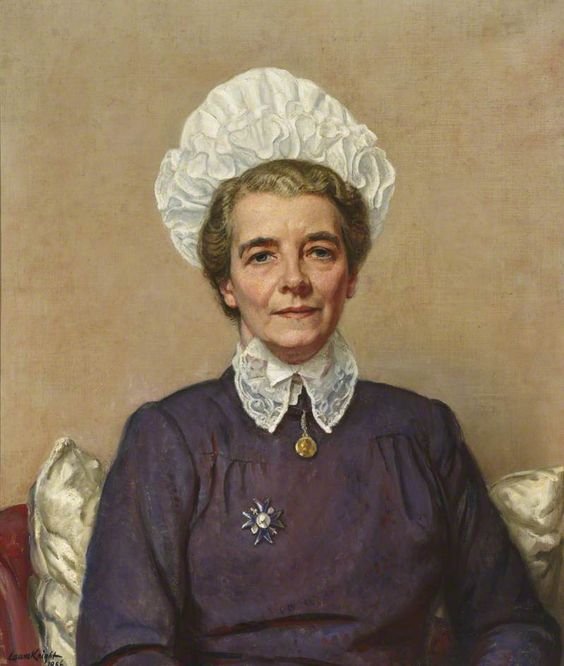 In A Soldiers’ Hospital I: Pluck

Crippled for life at seventeen,
His great eyes seem to question why:
With both legs smashed it might have been
Better in that grim trench to die
Than drag maimed years out helplessly.

A child - so wasted and so white,
He told a lie to get his way,
To march, a man with men, and fight
While other boys are still at play.
A gallant lie your heart will say.

So broke with pain, he shrinks in dread
To see the ‘dresser’ drawing near;
And winds the clothes about his head
That none may see his heart-sick fear.
His shaking, strangled sobs you hear.

But when the dreaded moment’s there
He’ll face us all, a soldier yet,
Watch his bared wounds with unmoved air,
(Though tell-tale lashes still are wet,)
And smoke his Woodbine cigarette.