Edward Thomas grew up in London.  He studied History at Oxford, and earned his living as a writer. His
closely observed, lyrical descriptions of the English countryside (The South Country, In Pursuit of Spring) express a deep passion for the natural world.

He joined the ranks of the Artists' Rifles in 1915 and initially worked as a map instructor before he was commissioned into the Royal Artillery. He embarked for France in January 1917 and was killed on 9 April, by a shell blast.

Thomas only began writing poems at the outbreak of war, which coincided for him with an outburst of creativity encouraged by his friend and fellow poet Robert Frost. He was out of sympathy with popular nationalism, and was ambivalent about the conflict itself. When asked why he chose to enlist at the age of 37, he bent down to pick up a handful of English soil and said, 'Literally, for this'.

Thomas's war diary contains detailed observations of both the war and nature, and notes for the future poems and books he hoped to write. On 4 February he described life in a small French town destroyed by shells: 'Wet, mortar, litter, almanacs, bottles, broken glass, damp beds, dirty paper, knife, crucifix, statuette, old chairs. Our cat moves with the Group wherever it goes ... , 2 owls in garden at 6. The shelling must have slaughtered many jackdaws but has made home for many more.' 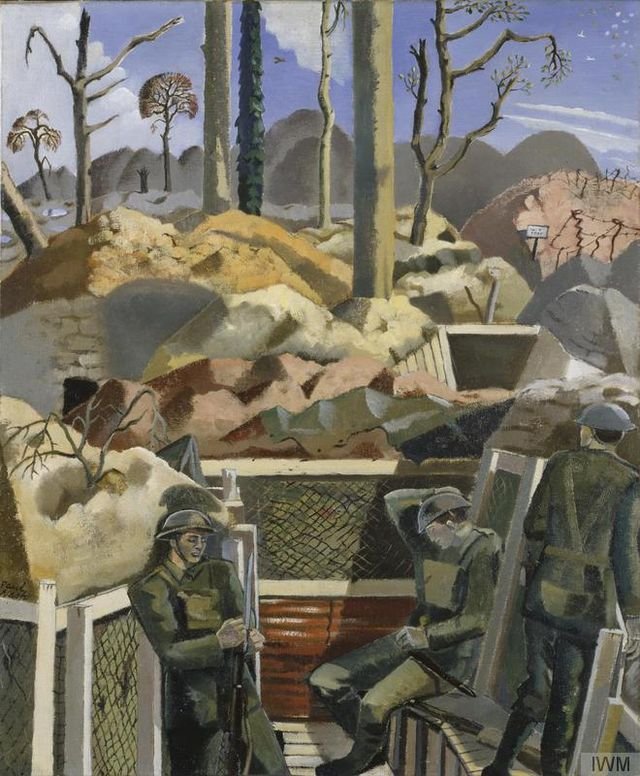 The cherry trees bend over and are shedding
On the old road where all that passed are dead,
Their petals, strewing the grass as for a wedding
This early May morn when there is none to wed.