Within the crystal, which records the name,
(As its remoter circle girds the world)
Of that lov'd monarch, in whose happy reign
No ill had power to harm, I saw rear'd up,
In colour like to sun-illumin'd gold.

A ladder, which my ken pursued in vain,
So lofty was the summit; down whose steps
I saw the splendours in such multitude
Descending, ev'ry light in heav'n, methought,
Was shed thence. 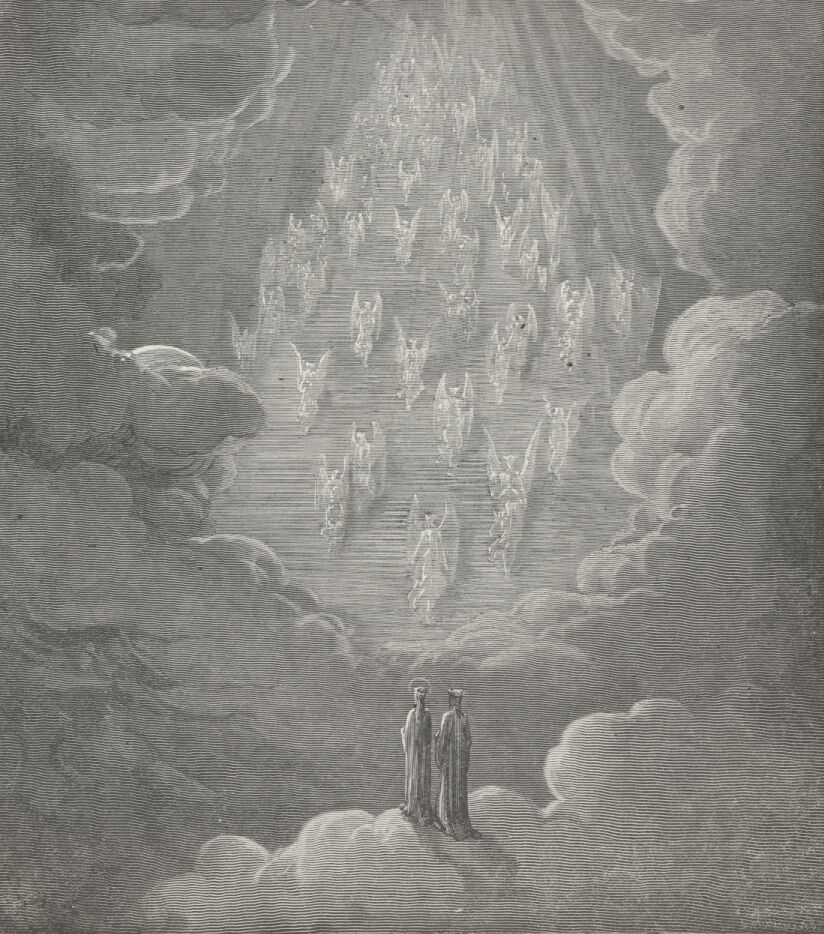