Dalí devoted a considerable time to his version of the Tarot, designing his own deck in the 1970s.  Initially, the project arrived as a commission from producer Albert Broccoli for the James Bond film Live and Let Die. “Likely inspired by his wife Gala, who nurtured his interest in mysticism,” writes Chicago’s Museum of Contemporary Art, “Dalí eagerly got to work, and continued the project of his own accord when the contractual deal fell through.”

The result is not at all as one would expect from Dali.  As a whole it is relatively subdued and contains none of the “vivid psychedelia of the age” that he had used for the illustrations for the earlier illustration project, 1969's Alice in Wonderland.

There is just the hint that he realised that this was a very formidable challenge, that the symbolism was far more difficult than that he had used up to that point and that in some senses he was dealing with an almost ‘holy’ system.

Lisa Rainwater at Galo magazine has actually said that , “his Tarot deck actually shows reserve. Yes, reserve—as if his reverence for the tarot nearly humbles him.”  In the end he realises he is but a magician – and the magician is not the end, it is the beginning.

It isn’t as a consequence, entirely accurate, because he did not have the knowledge to make it accurate, but it is unique and exceptionally well executed.  He has a tendency to scatter the symbols he does know across the cards - the rose, the fly and the bull’s head are found throughout the deck, not always in the correct symbolic place.

” First published in a limited edition in 1984—and reissued since in editions by TASCHEN and in book form by other publishers—the deck included an introductory booklet that reads, in Spanish, English, and French:

The Wizard (Arcanum I), Salvador Dalí, has transformed with his exceptional art and his marvelous talent the 78 golden plates of ‘The fabulous book of Thot’ into as many artistic marvels, each one of them duly signed by the hand of this unmatchable, internationally famous painter … such an extraordinary artistic creation does not detract, in any way, from the Tarot’s close symbolism. On the contrary, it enhances with its captivating beauty, the Tarot’s esoteric and plastic meaning.”

For enjoyment only, rather than edification, what is possible when you are inspired and awed by a mystic system 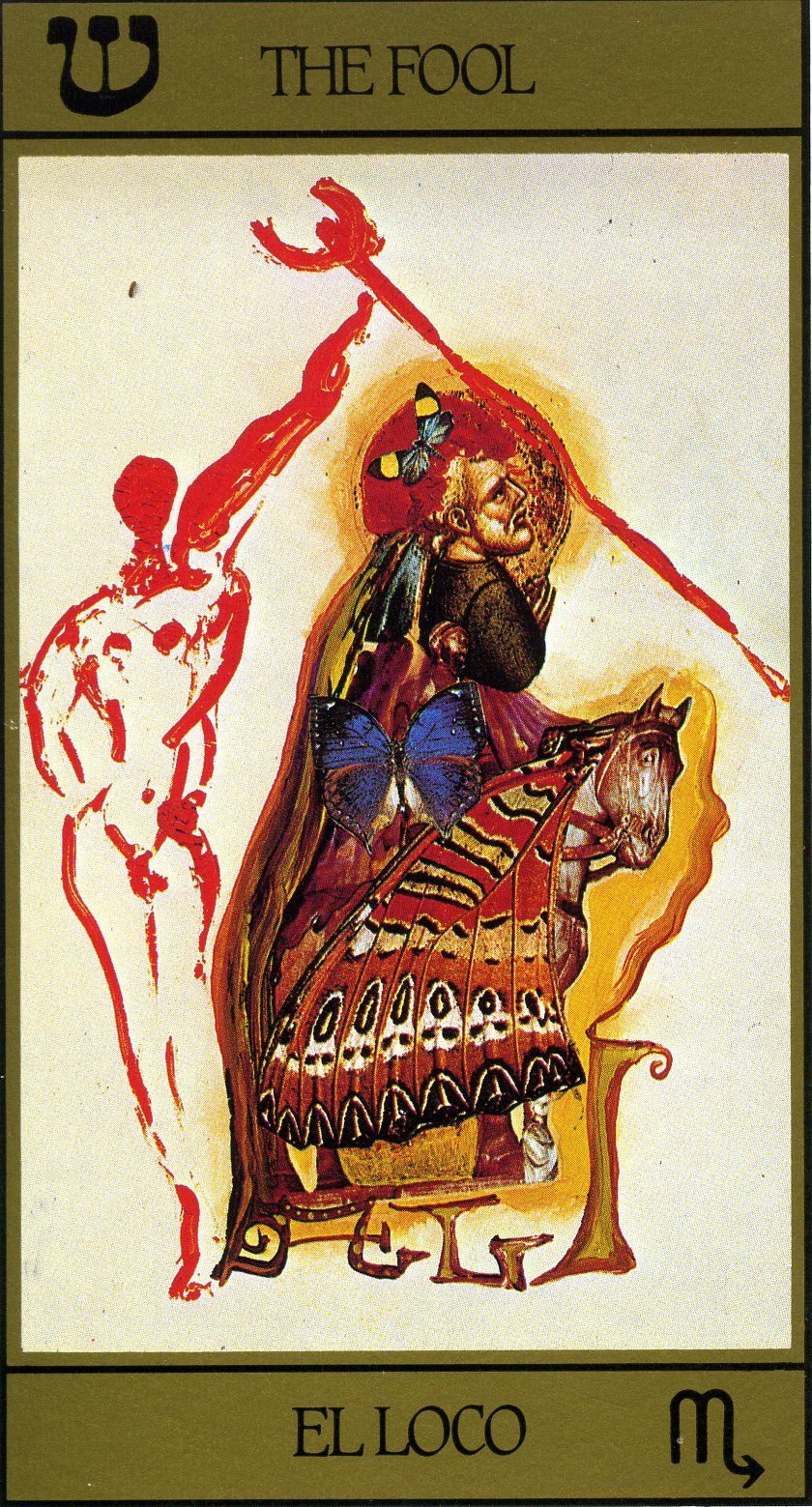