"Although most other American expats lived a wild, Bohemian lifestyle while in Europe, Copland was geeky, reserved and a model of propriety. During the three years he lived and studied in Paris he was not sexually involved with anyone. It didn’t help that he liked his men handsome and very young. His first major man crush was with 16-year-old musician Israel Citkowitz; Copland was 26, and his feelings were not reciprocated. Next up was 19-year-old Paul Bowles, another musician; Copland was 29, and the result was the same. 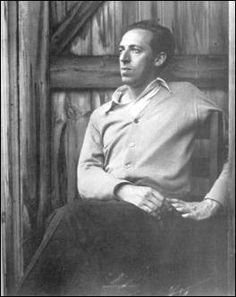 One of the things known about those who ‘hear’ music, is that it is frequently heard as either flutes, violins or as voices – the angel’s choir.  There is every reason to believe that Copland was a hearer of celestial music, he had in his early days, before the commercial interests of the film industry took over, a preference for writing for voices and choirs.  But if one is in a state of angst, depression and lonely, what one hears is discord