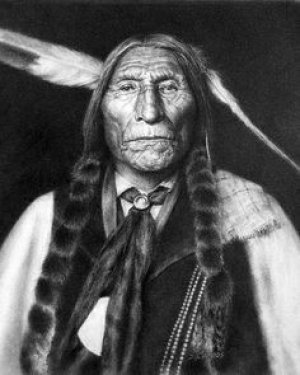 From Death Bed Visions – Sir William Barrett
The Assistant Matron of the Ahtahkakoops Indian Hospital, Sandy Lake Reserve, Saskatchewan, Canada, writes to me on January 28th 1925 about a patient in the hospital, as follows:

He was a Cree Indian lad, about 20 years of age, son of Chief Papewyn, of a neighbouring Reserve. He was in the last stage of phthisis [TB] and had been brought here to be cared for till the finish.

He was placed in a wigwam about a 100 yards distant.

At last the supreme day arrived. It was evening and I was with him. He was lying quietly in his bed when suddenly he sat up, stretched forth his arms with a yearning gesture, while an ecstatic smile broke over his face. It was not simply a smile of pleasure, but something far beyond it.

The veil was lifted, and no one who was looking on could fail to realize that it was a glorious vision that met his gaze. He then lay back in his bed, looked at me with a smile, and passed away.

He had been calm and collected during the day, there was no delirium; it was an unclouded glimpse of that higher life into which he was just entering.