Agapitoff and Khangaloff, Materials for the Study of Shamanism in Siberia

Khangaloff describes how a child chosen to be a shaman is recognized among the Buryat by the following signs:

'He is often absorbed in meditation, likes to be alone, has mysterious dreams, and sometimes has fits during which he is unconscious.'

According to the Buryat beliefs, the soul of a child is then in process of being trained, among the 'West Tengeris' if he is to be a 'white' shaman, among the 'East Tengeris' if he is to become a 'black' one. Living in the dwelling of the gods, his soul, under the tutelage of deceased shamans, learns the various secrets of the shaman's vocation; the soul must remember the names of the gods, the places where they live, the means by which they may be propitiated, and the names of the spirits which are subordinate to the high gods.

After a period of trial the soul of the child returns to the body, which for a time resumes its normal life. But on his reaching adolescence, peculiar symptoms show themselves in the person who has undergone these experiences. He becomes moody, is easily excited into a state of ecstasy, leads an irregular life, wandering from ulus to ulus to watch the shamanistic ceremonies.

He gives himself up with great earnestness to exercises in the shamanistic arts, for which purpose he segregates himself, going to some high mountain or into the forest, where, before a great fire, he calls on the spirits, and afterwards falls into a swoon. In the meanwhile, to prevent him from doing himself an injury, his friends keep watch over him unobtrusively.

While the novice is preparing himself for his new life, his relations call in a good shaman, who makes a sacrifice to propitiate the spirits and induce them to help the young shaman-to-be. If the future shaman belongs to a poor family, the whole community helps to procure the sacrificial animals and other things which are indispensable for the ceremonies.

The preparatory period lasts for several years, its length depending largely on the capacity of the young man. He cannot, however, become a shaman until he reaches the age of twenty. Finally he undergoes a purification ceremony. One such ceremony does not confer all the rights and powers of a shaman; there are, in fact, nine. But very few shamans go through all these purifications; most only undergo two or three; some, none at all, for they dread the responsibilities which devolve upon consecrated shamans. To a fully consecrated shaman the gods are very severe, and punish his faults or mistakes with death. 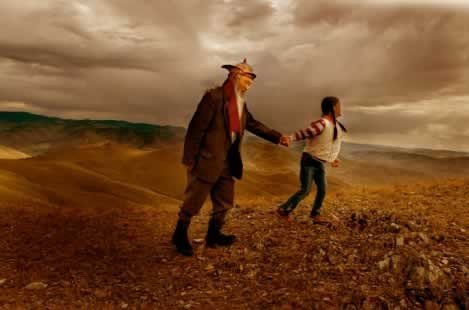 Eighty five year old Dr Batzorig, who is a shaman walking high on the plateau of a sacred
mountain being led along by his disabled grand daughter [from Shamans of Siberia].

Agapitoff and Khangaloff, Materials for the Study of Shamanism in Siberia