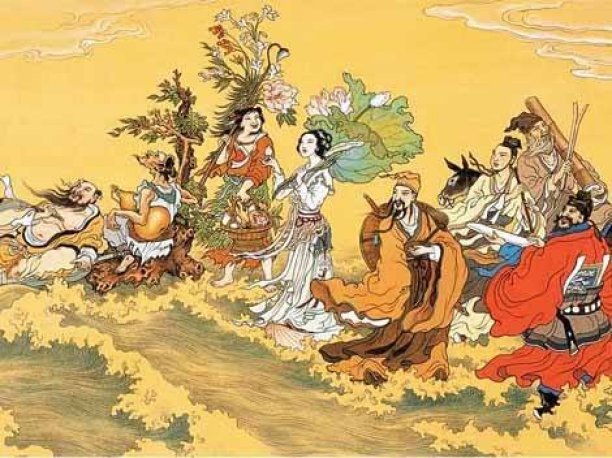 Xian (Chinese: 仙/仚/僊; pinyin: xiān; Wade-Giles: hsien) is the Chinese word for a god.  The  xian was described by Victor H. Mair.

They are immune to heat and cold, untouched by the elements, and can fly, mounting upward with a fluttering motion. They dwell apart from the chaotic world of man, subsist on air and dew, are not anxious like ordinary people, and have the smooth skin and innocent faces of children. The transcendents live an effortless existence that is best described as spontaneous. They recall the ancient Indian ascetics and holy men known as ṛṣi who possessed similar traits.1994:376 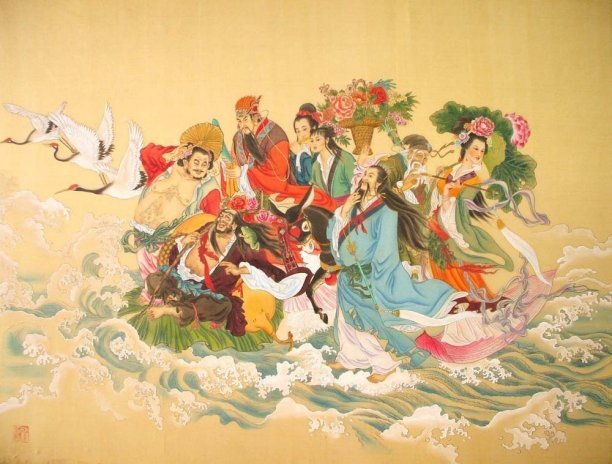 The possible etymologies of xian are Sino-Tibetan "shaman" in the linguistic sense and "ascend" or "mountain" in the character sense.

The word xiān is written with three characters 僊, 仙, or 仚, which combine the logographic "radical" rén (人 or 亻 "person; human") with two "phonetic" elements The oldest recorded xiān character 僊 has a xiān ("rise up; ascend") phonetic.  The usual modern xiān character 仙, and its rare variant 仚, have a shān (山 "mountain") phonetic. For a character analysis, Schipper (1993:164) interprets "'the human being of the mountain,' or alternatively, 'human mountain.'